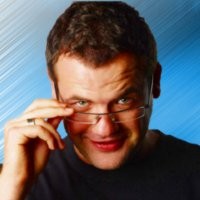 Kogan has announced it will release a new entry-level 4G Android smartphone for $229 outright, with the online retailer also cutting the price of its previous 3G model to $199.

The new smartphone, dubbed the Agora 4G and manufactured by BenQ, is set to compete in the low-end of the Australian market against the 4G Moto G from Motorola, which retails locally for $299 outright.

When compared to entry-level 3G smartphones, Kogan’s new device is more expensive than the Moto E, which retails locally for $179, but cheaper than Microsoft’s Lumia 635 at $279.

“I applaud companies like Google releasing devices such as the Nexus 5, which at about $400 is priced better than Samsung’s Galaxy S5 or Apple’s iPhone. But all these phones are still too expensive for many people – especially when they’re also being asked to upgrade every year,” owner Ruslan Kogan said in a statement.