LG agrees to partnership with Microsoft on Internet of Things 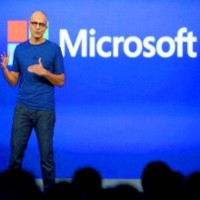 LG will partner with Microsoft on the Internet of Things, in a deal that will see the consumer electronics giant develop new products and services based on Microsoft’s cloud computing platforms.

According to reports in the Korea Times and the Korea Herald, the agreement was struck between senior LG executives and Microsoft chief executive Satya Nadella during a dinner meeting at the InterContinental Hotel in Seoul.

The agreement will see LG unveil new products aimed both at consumers and the business market at a Microsoft event in Las Vegas, Nevada, next year.

Both LG and Microsoft are members of the AllSeen Alliance, an industry body which is working on open standards for Internet of Things devices.

The agreement comes just a day after Microsoft agreed to peace talks with Samsung over ongoing patent infringement litigation between the companies.

However, it is unclear whether LG is planning to build smartphones in the future running Microsoft’s Windows Phone operating system, with its plans subject to change due to “market conditions”.