LG, Asus and Samsung start to hype new devices on social media ahead of IFA 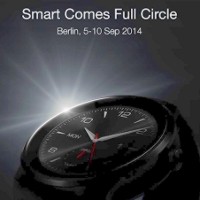 A number of leading tech giants have begun hyping upcoming gadgets on social media ahead of the IFA (Internationale Funkausstellung Berlin) consumer electronics trade show, which kicks off in Berlin next week.

On its official YouTube channel, Asus flagged its forthcoming entry into the smartwatch market with a device called the ZenWatch, with the tagline “Time has been transformed and we have changed”.

Not to be outdone, Samsung has also taken to YouTube to post a series of videos titled “ready to note?” hyping the Galaxy Note 4. Interestingly, there is no indication in the clips of a curved version called the Galaxy Note Edge the tech giant is rumoured to have in its development pipeline.

IFA organisers Messe Berlin have announced two days of the conference (September 8 and 9) will focus on the areas of mobility, health, big data, home, design and entertainment.

A number of keynote speakers from consumer electronics firms, including Philips, Panasonic, Samsung and Sennheiser, have previously been announced for the conference.