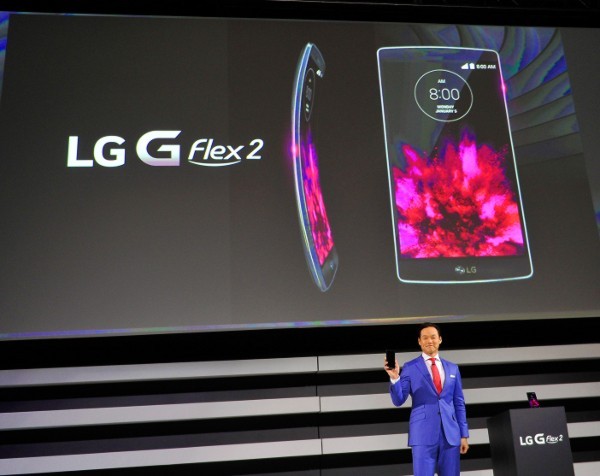 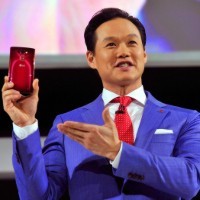 At the Consumer Electronics Show in January, LG unveiled its second-generation curved-screen flexible smartphone, known as the LG G-Flex 2, with the new device going on sale in most major markets this week.

The G-Flex 2 is a follow-up to the original G-Flex, which the company released way back in October 2013. It was one of the first consumer devices to feature a new, next-generation display technology called P-OLED (Plastic-Organic Light-Emitting Diode).

P-OLED is a new technology that’s built around a plastic substrate rather than glass, allowing screens to bend and then snap back into shape without breaking.

Unfortunately, the original device, which eventually saw a limited Australian release, was hampered by uneven colour, bubbles in the plastic and a very limited production run.

So does the G-Flex 2 correct these issues? Will it take P-OLED screen smartphones into the mainstream? It’s time to find out.

The G-Flex 2 is a smartphone running Android 5.0 Lollipop, based on a powerful 64-bit octa-core Qualcomm Snapdragon 810 processor.

The key defining feature is the G-Flex 2’s 5.5-inch full-HD P-OLED screen, that is both curved and flexible, with the screen roughly the same size as that on the iPhone 6Plus.

It also features a large 3000mAh battery, which is slightly larger than the 2915 mAh battery in the iPhone 6 Plus.

CNet’s Lynn La enjoyed the look and feel of the G-Flex 2. It also sounds like La put the device through its paces in terms of trying to bend it out of shape:

With its new G Flex 2, LG went back to its curved drawing board, corrected all the missteps of the original G Flex — namely its unwieldy size and unimpressive 720p display — and delivered a marquee-worthy device. Equipping it with a crystal-clear 1080p touchscreen and the latest Snapdragon 810 processor from Qualcomm, the company managed to elevate its arched handset from a gimmick (as some saw it) to an arched handset you actually want, regardless of its shape.

With a premium aesthetic that feels incredibly luxe, the handset comes in platinum silver and flamenco red. Compared to its predecessor, the phone is smaller, thinner, and 15 percent lighter. It measures 5.9 inches tall and 3 inches wide, has a profile of 0.3 to 0.4 inches at the thickest (149 by 75 by 7.1 to 9.4mm), and weighs 5.4 ounces (152 grams).

Though not a rugged device by any means, the handset is designed to withstand a certain degree of abuse. When it’s facing down, you can push against or step on its apex to flatten it straight; and when it’s facing upward, you can press down its curling edges. After doing this intermittently throughout the week (totaling to about a couple dozen times altogether) with both slow aplomb and frantic rapid-fire movements, my review unit bent back to its original shape without difficulty.

One of the key issues with the first G-Flex was the screen, and especially its colours. Chris Velazco at Engadget says it’s an issue that has been fixed in the latest version:

One of the best decisions LG made this time around was to ditch the G Flex’s 6-inch panel. Instead, a curved, 5.5-inch, 1080p P-OLED display sits front and center, and — surprise, surprise — it’s a huge improvement over the 2013 model. In fact, let’s just get the numbers out of the way now: The G Flex2’s screen squeezes about 403 pixels into each linear inch, up from 245 ppi on its predecessor. It’s a night-and-day difference, and one that was inevitable when you consider just how young curved-screen tech was just over a year ago (and how expensive it was to work with). Sure, it might not be as insanely crisp as the G3’s screen, but our days of picking out individual pixels on a curved display are over.

Of course, none of that would mean a thing if the screen was somehow awful at everything else. Don’t worry: It’s not. Out of the box, the display is crisp and bright with deep blacks and mostly punchy colors that’ll draw your eyes in even closer. If anything, I’d say the screen skews a bit muted, but LG’s got us covered there too: You can swap among default, “Vivid” and “Natural” color-temperature presets from within the settings. I’m a fan of giving my retinas a light sear, so for me, the Vivid setting was just the ticket; the screen instantly grew more saturated, though not to the point where it was overly lurid.

In terms of its camera, Vincent Nguyen at SlashGear notes the G-Flex 2 features the same laser-focused camera as LG’s current flagship, the G3, with some extra flexibility when it comes to taking selfies:

The G Flex 2 gets the same camera rig as found in the LG G3, and that’s no bad thing. On the back, there’s a 13-megapixel camera with laser auto-focus, OIS+ optical image stabilization, and a dual-LED flash. Turn the phone around, meanwhile, and a 2.1-megapixel, f/2.4 camera is up-front for selfies.

As we found on the G3, the addition of lasers to the system doesn’t just give LG the opportunity to make Dr. Evil jokes. Instead, it’s used as a high-speed rangefinder, with the promise of better low-light performance where traditional autofocus systems more commonly struggle.

LG couldn’t resist a few software mods in its camera app, and like the rest of the smartphone industry at the moment, it’s obsessed with selfies. Hold up your hand, palm-out, and then clench a fist and you’ll trigger a three-second timer: LG calls it Gesture Shot, and while it debuted on the G3, for the G Flex 2 it can now spot you from up to 1.5m away. Bring the phone closer to your face, meanwhile, and it’ll automatically show you the photo you just took.

In terms of performance, Ian Morris at Forbes says the G-Flex 2 toasts both Samsung’s Note 4 and Apple’s iPhone 6 Plus, but warns readers to wait until after the Mobile World Congress next week before picking one up:

From what I’ve seen, the LG G Flex 2 is blazing fast and beats every other phone on the market  according to the benchmarking tools I used. In every test (with one minor 64bit hiccup) the phone beats both the Note 4 and Galaxy S5 as well as, with 3DMark, the iPhone 6.

In mobile things move quickly. There will be a lot of phones arriving next month at MWC that will beat the LG G Flex 2 in benchmarks. For one thing, there’s that 64bit issue in AnTuTu that I’m curious about. For another, the on-board 2GB of RAM might hamper speed somewhat.

It will be fascinating to see what the Samsung Galaxy S6 ends up getting in these tests, and which SoC the firm goes with. We’ll know more after MWC which starts in a little over a week’s time.

The good news is that, this time around, the G-Flex has more than the novelty of being a curved-screen smartphone to rely on.

As Morris at Forbes points out, next week is the Mobile World Congress, and it’s likely there’ll be a slew of new phones with impressive processors, and if you’re an Android user, it might be worth waiting a week or two before picking this up.

Nonetheless, it looks like LG has pulled off a curved screen smartphone worth buying.