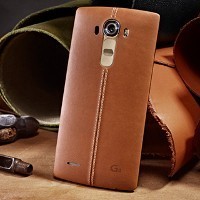 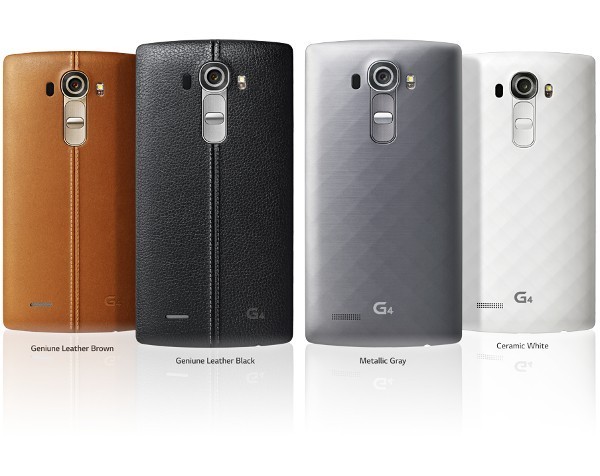 One of the fiercest rivalries in the electronics industry is between South Korean industrial powerhouse Samsung and its largest domestic competitor, LG.

While each is known best in the West for its consumer electronics products, they are two of South Korea’s largest industrial conglomerates, known as chaebol. These chaebol are highly vertically and horizontally integrated collections of companies with a common family ownership that seek to own the entire supply chain for their products, from raw materials to finished consumer products.

Earlier this year, Samsung removed several key features from its latest flagship smartphone, the Galaxy S6, in order to more closely imitate Apple’s designs. Many loyal users were dismayed to find the company’s latest flagship would not include a removable battery or a micro-SD slot.

A few months later, LG has released its flagship smartphone for 2015, the LG G4. And, much to the relief of its customers, this 5.5-inch smartphone does include a removable battery and a micro-SD slot.

So is the LG G4 the new Android smartphone loyal Samsung users have been waiting for? It’s time to find out.

The LG G4 is a 4G/LTE smartphone running Android 5.1 Lollipop, and is powered by a 1.8GHz 64-bit hexa-core Qualcomm Snapdragon 808 processor with X10 LTE.

It is available in black or tan genuine leather, metallic grey or ceramic white.

For storage, it includes 32 GB built in, expandable to up to 2 terrabytes by micrSD card, along with 3 GB RAM.

The G4 features a 16-megapixel camera with an f/1.8 aperture, 1/2.6-inch sensor, image stabilisation, laser autofocus, RAW capture and laser autofocus. The front camera is 8-megapixels with a f/2.0 aperture.

It is powered by a 3000 mAh removable battery.

According to Gizmodo’s Darren Orf, there’ some good news in the G4 for Samsung owners who don’t like the fact the Galaxy S6 did away with features such as removable batteries in favour of a more iPhone-like design:

For a premium smartphone in 2015, the G4 is unique — but maybe not in ways you’d expect. It’s not really design, performance, or hardware that’s the big eye-catcher (though those things are certainly improved), it’s what the G4 still clings to things many other phones have abandoned. When the S6 announced it wouldn’t be including a removable back, with an equally removable battery, Samsung diehards decreed a crisis of faith. Why had practicality been sacrificed to the gods of smartphone vanity? But G4 sticks with the old ways and tries to find a comfortable middle ground between utility and curb appeal.

Orf also notes that the G4 feels exceptionally good to hold. However, the non-leather models are nothing special in the looks department:

Maybe I’m an LG power-button apologist, but the power and volume rocker on the back panel annoyed me on last year’s G3, and subsequently the G Flex 2, for a couple minutes. When I picked up those phones for a second time, I was over it. The idea is a weird thing to wrap your brain around, but once you actually hold the G4 in your hand, it all clicks together. Because the physical buttons have been removed from the sides — leaving only the headphone jack, microUSB port, and IR sensor — the G4 is round and slim, which makes the phone incredibly comfortable to hold.

The thing is, the G4 doesn’t really look amazing. It’s kind of like a new Honda Civic. It’s really cool at first, but as the new car smell fades it begins to of blend into the highway of other similar looking, plastic-y slabs of phones.

Chris Davies from SlashGear suggests leather is a far better option in terms of feel. However, compared to flagship smartphones from HTC and Motorola, the sound quality is disappointing:

I can’t knock LG’s craftsmanship with its leather. The company apparently spent years perfecting the eco-friendly vegetable tanning process it uses, finishing the hide with a row of real stitching down the center. It feels great, the slight bow of the back cover nestling into your palm… It’s warmer and more friendly as a material than metal or glass, too. Meanwhile, whereas the leather back on the second-gen Moto X I used for several months quickly picked up scuffs and scrapes, LG claims its leather will be both more resilient to damage and more accommodating to developing the sort of pleasing patina you’d get from traditional luxury goods.

Sadly, it’s not just gamers who’ll be disappointed by the G4’s mediocre rear speaker; the LG won’t be challenging HTC’s BoomSound any time soon. Though side-by-side with the S6 it’s probably better than Samsung’s speaker, when they’re both placed on their backs on a desk the positioning leaves LG’s sounding more muffled.

After putting the Galaxy S6 Edge, the iPhone 6 Plus and the LG G4 through a series of photo tests, I found that not only did the G4 keep up in most conditions, it took better low-light and night photos. LG says one reason is the f/1.8 aperture lens on the G4’s 16-megapixel camera. It lets in more light than any other smartphone on the market.

The G4 also has the deepest selection of tuneable manual photo settings I’ve seen on a smartphone. You can control the shutter speed, ISO, white balance and focus. Most people won’t want to bother with all this and will end up shooting on auto mode, but photo geeks will love to play with these features.

There is one major downside to shooting photos on the G4: Like its predecessors, its physical buttons are located on the back, just below the camera. I prefer to shoot photos with physical buttons rather than tapping on-screen since that tap can shake the phone and add unwanted blur. LG has tried to use this button placement as a differentiator, but reaching for the G4’s back buttons just feels clumsy. I had to resort to the less desirable screen tap during my shooting tests.

Forbes’ Ian Morris says there’s not too much in this upgrade for owners of the previous flagship, the LG G3, this device is the “perfect rival” for Samsung’s Galaxy S6:

From what I’ve seen with this G4 review sample, if this is your first time buying an LG, you’re about to be impressed in ways you won’t expect. If you’ve owned LG phones before, then you’ll be pleased to know this is its best yet.

So, what the G4 offers is less glitz and glamour than the Galaxy S6 but it gives Android enthusiasts a phone that they can use as they wish, with customization options aplenty and a removable battery and microSD card.

In many ways, this is a very strong smartphone, as a quick glance at the tech spec sheet shows.

The G4 features one of the best smartphone cameras on the market, beating the iPhone, and it includes the removable battery and a micro-SD slot Samsung left off the Galaxy S6.

In leather, the smartphone has a nice feel, but otherwise it’s quite aesthetically bland.

Likewise, it lacks the audio quality you’ll find with HTC.

In short, it’s a generally solid smartphone that should keep Android users happy.