Australian ‘link in bio’ unicorn Linktree has revealed a fully-featured smartphone app, a development the company says will streamline the way users interact with the platform.

The company announced the arrival of an iOS and Android app on Tuesday, adding true mobile functionality to its existing web platform.

The app will allow users, including small business clients, the ability to update their Linktree page with links to their social media pages, webstores, Spotify accounts, event listings, and more, while also letting them update their themes and fonts to conform to personal or brand style.

Linktree users will also be able to access their viewership metrics and sales analytics in-app, cutting down on time spent trawling through its web functions in search of usable data. 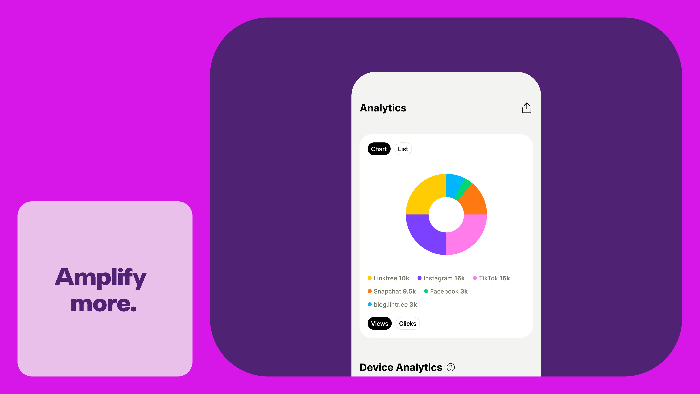 Linktree says the majority of its logins and sign-ups already occur on mobile devices accessing its web options, making the decision to launch an app a logical next step.

“We are thrilled to launch the Linktree mobile app as we continue to broaden the link-in-bio category we created, ultimately offering creators new ways to link everything they are, anywhere they are,” said Alex Zaccaria, Linktree CEO and co-founder.

The app’s arrival comes just weeks after the launch of Linktree Marketplace, which Zaccaria described as a “one-stop partner directory for Link Apps and platform integrations” designed to expand its functionality.

The fact the product attaches to social media giants like Instagram while adding further functionality for creators may have been what inspired its $150 million raise in March, a boost which gave the Melbourne-headquartered company a valuation of $1.7 billion.

A new job-matching initiative from Earlywork and AfterWork hopes to pair laid-off tech workers with companies still building their headcount.

Aussie social media startup Linktree has become Australia’s latest unicorn, with a $150 million raise giving it a valuation of $1.7 billion.