MailChimp getting a major upgrade 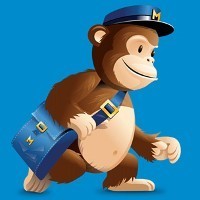 MailChimp is rolling out a complete rewrite of its API (application program interface) that could have major implications for any website, reporting system or content management system that integrates with the email newsletter provider.

In a series of posts on its official blogs, MailChimp unveiled version 3.0 of its API, which is a piece of code that allows it to integrate with other websites and platforms. For example, a WordPress plugin can use the MailChimp API to use content on a website to automatically build an email newsletter.

The API has been rewritten from scratch, according to MailChimp, because many developers found the previous version “not-so-easy to use” and “required everyone to learn our own special style of API design”. This, in turn, led to bugs that caused problems for end users.

“Most discouraging of all, we heard complaints about some bugs in the API behavior that were making it hard for people to get their work done,” MailChimp said.

Aside from a complete overhaul and new documentation, the new API has a number of new capabilities, including: