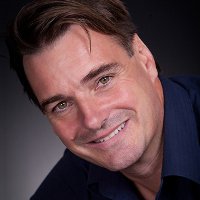 One of the most used buzz words in the IT industry right now is ‘big data’, critics of the term say the problem is really ‘small data’ where it’s a matter of finding the information that’s most relevant to the business. For managers and owners of smart companies, finding that elusive ‘small data’ is the big challenge.

Last week US social media analytics startup Vintank announced their acquisition by communications group the W2O Group. The purchase is part of a trend where technology vendors are increasingly trying to find ways of getting relevant data to managers in a way that’s easily understood.

Last year Vintank co-founder Paul Mabray spoke to Decoding the New Economy about the company and how social media data is a valuable tool for the wine industry.

“The wine industry is the last industry to have been changed by internet,” Mabray says. One reason for this in his view is the sector hasn’t had a disruptive startup like Yelp or Open Table to drive change and upset incumbents.

Despite the wine industry’s reluctance to adopt digital technologies, social media and the disruption of established media channels is having a profound effect on the sector’s marketing and sales.

“In the old days there was a playbook originating with Robert Mondavi in the 1970s which is create amazing wine, you get amazing reviews and you go find wholesalers who bring this wine to the market,” Mabray told Decoding the New Economy during a visit to Australia in 2014.

Mabray also flags the massive growth in the wine industry as being one of Vintank’s driving forces: “The global proliferation of brands the increase of awareness and consumption patterns where people like wine more, those playbooks didn’t work in 2009 when the crisis started.”

A proliferation of new competitors coupled with disrupted communications channels isn’t unique to the wine industry. The attraction Vintank has to the w2O Group’s president Bob Pearson is the insight it can provide about an audience.

“VinTank provides us with a way to create agile audience engines for a brand, where we can learn what an audience is doing online, understand what content they like,” Pearson said.

For many businesses, social media is a both an opportunity and a mystery; while customers are telling the world what they’re buying through services like Facebook and Twitter, capturing, managing and using that information remains a challenge.

As Robyn Lewis of Visit Vineyards, whose database holds details on over 30,000 Australian wineries and associated tourism business, says, “The gold is in the data.”

Panning for that gold is Emma LoRusso of Sydney social analytics startup Digivizer, who told Decoding The New Economy two years ago “the truth is in data”. Services like Vintank, Salesforce’s Radian6, Klout and startups like Digivizer attempt to add context to that data.

Another aspect of Vintank’s technology is the ‘geofencing’ of information, creating a virtual geographic perimeter so only data relevant in that region is flagged. As well as reducing noise, this increases the value to local wineries and tourist operations.

In some respects the geofencing is possibly the most powerful part of services like Vintank as it allows regional operators to focus on visitors and customers to their districts rather than worrying about national or global activity.

W2O’s acquisition gives Vintank access to a broader market outside the wine industry as well as deeper data analytics capabilities. For W2O the purchase adds to the social media tools the company can offer.

The Vintank deal with W2O shows how the marketing and advertising industries are increasingly becoming data-driven. For other business functions this is true as well, as everything from harvesting decisions to purchasing and recruitment become controlled by software programs.

For businesses of all types, understanding the data pouring into their companies is going to be the difference between success and failure in an increasingly digital world. Providing those tools to do so is one of the great opportunities in today’s economy.