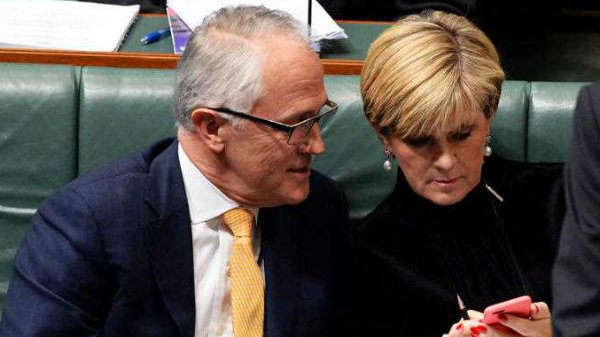 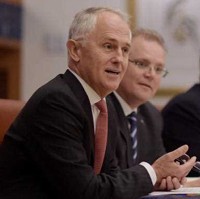 Turnbull is well known for his interest in emerging digital technology and according to The Australian, he is hoping his cabinet colleagues will share the same inclinations.

The PM argued at a cabinet meeting on September 15 that cabinet should revamp its communication methods and advocated for the adoption of Slack.

Launched in 2014, Slack is an internal social network for businesses that borrows features like hashtags from social media platfoms such as Twitter and applies them to work.

Employers and employees can use the platform to create “channels” for different topics and then post updates, files and videos that are then archived and searchable by everyone inside that business.

Slack signed a deal with investors in March to raise up to $US160 million in a funding round that valued the startup at $US2.76 billion.

A spokesperson for the Prime Minister told The Australian Turnbull is working on ways to improve communication among members of the government.

“The Prime Minister is also discussing with all of his colleagues the best way for communication and that includes looking at new technology,” the spokesperson said.

Turnbull has also been known to use message-destruction apps such as Wickr and Confide and last weekend, reports emerged the Prime Minister uses a private, non-government server for his email.

This has prompted questions about the security of such services and whether it is appropriate for members of the Australian government to use such services, particularly because Slack’s servers are located in Virginia in the US.

AVG security advisor Michael McKinnon told SmartCompany this morning Slack has been hacked a number of times, including in February this year.

“It’s always interesting to hear someone recommend a service that has already been hacked,” McKinnon says.

But McKinnon says Slack has since recovered from this year’s hack and “you would hope it was a wake-up call for them to secure their stuff better”.

But as a Slack user himself, McKinnon says small businesses can benefit from the growing trends towards digital collaboration tools, citing Atlassian’s HipChat product as another option for businesses interested in exploring alternatives to email.

“Slack is hosted in the cloud whereas HipChat can be hosted internally,” he says.

For McKinnon, tools such as Slack lessen the sometime overwhelming load of emails that are traded within businesses.

“In many businesses now, email is still a very heavily used tool. It can actually get to the point where you can’t keep up with your inbox,” he says.

“And many do not contain information that is important enough to be contained in an email.”

McKinnon likens Slack to an instant messaging service but he says the network is able to retain the messages between users, which means employers and employees can catch up on the conversations at a later time.

“It’s also quite rich in the way you can post information,” he says.