Marc Andreessen on where Silicon Valley is headed next: Best of the Web 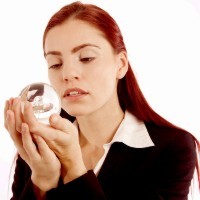 When it comes to big names in Silicon Valley, there are few that can top venture capitalist Marc Andreessen.

Andreessen made his fortunes in the early ‘90s as a cofounder of Netscape, which produced one of the world’s first web browsers (Navigator) and was, in a roundabout way, a predecessor to Mozilla and Firefox.

Needless to say, many are interested in what Andreessen’s take is on the future. He recently shared his take on the tech industry in a long interview with Dan Primack of Fortune:

Internet pioneer Marc Andreessen is one of America’s most active venture capitalists. He also is one of its most influential, rarely mincing words when it comes to everything from technology to economics to politics.

This past Wednesday night in San Francisco, Andreessen sat down for an interview with Fortune senior editor Dan Primack, in front of an invited group of Silicon Valley CEOs and investors, as part of a walk-up dinner to our annual Fortune Brainstorm Tech conference in Aspen. What follows is a lightly-edited transcript of the conversation, in which Andreessen addresses bubbles, robots and his own firm’s dearth of female partners. But we begin with current events…

Right now, Apple is on top of the world. But in the tech industry, big companies have come before, only to misjudge a technological shift and find themselves sidelined. Just ask the likes of IBM, Atari or Commodore.

So could the same thing happen to Apple? It’s a question Steve Symington examines in Motley Fool:

In 1997, Apple Inc was nearly bankrupt. In fact, had it not been for a $150 million investment that year from Microsoft — worried it could be viewed as a monopoly without competition from the folks in Cupertino — Apple likely would have never had the chance to build upon success after success to become the tech behemoth it is today.

Now here we are, 18 years later, and Apple just became the latest member of the Dow Jones Industrial Average. It’s the most valuable publicly traded company in the world by a long shot. For perspective, with its market capitalization at $737 billion as of this writing, Apple is more than twice as large as Microsoft ($339 billion), almost three times as big as Wal-Mart ($261 billion), and more than four times the value of Samsung Electronics ($188 billion).

But that begs the question: What would it take to kill Apple — or at the very least, to bring it back to its unenviable situation in 1997?

Increasingly, online media is subsuming more traditional forms of publishing, as the world continues its inevitable march towards the mobile-first future. Of course, the change also raises a range of new ethical dilemmas for businesses, such as when it is or isn’t appropriate to unpublish a news article or other piece of content.

It’s a topic Adrienne LaFrance discusses in this excellent article in The Atlantic:

Once upon a time, not very long ago, publishing was a massive, visceral operation. It required buckets of ink, reams of paper, and mammoth machines that clanked and roared and churned. To stop the presses was a violent decision—also, a costly one.

Publishing nowadays seems muted in comparison. All it takes to make a news article appear—or disappear—is the silent press of a button from a handheld smartphone.

But removing an article from the web is still arguably the most dramatic choice a news organization can make.* Which is why BuzzFeed caused a stir this week when it chose to delete a post that was critical of a new beauty campaign by Dove. (Gawker was first to note the deletion of the piece, which you can still read here.) “Once again, soap is acting condescending,” BuzzFeed’s Arabelle Sicardi wrote. The article was removed and replaced with a message that says, “We pulled this post because it is not consistent with the tone of BuzzFeed Life.” (BuzzFeed republished the post Friday afternoon, saying the initial deletion was in violation of its editorial standards. BuzzFeed’s top editor explained the choice in a memo to employees.)

Using the Retina MacBook as a Windows PC

I know what you’re thinking. If you’re going to spend thousands buying a Mac, why on Earth would you want to use it as a PC?

Yet given the pervasiveness of the Microsoft ecosystem in many companies, there’s a growing number of people who are doing just that.

Given this trend, in an act of sacrilege set to by decried by millions, Andrew Cunningham in Ars Technica has decided to review how well the latest MacBook performs – when it’s used as a Windows 8.1 laptop:

Most people who buy Macs are doing it to run OS X, but you’d be surprised by the number of comments and e-mails we get in response to Mac reviews asking about how Windows runs on the hardware. Since Apple made the Intel switch and introduced its Boot Camp software in 2006, there’s been a small but significant group of people who have chosen to use Apple’s hardware to run Microsoft’s software, either as a secondary or primary operating system.

Because the new MacBook is an entirely new product rather than a straightforward refresh, we spent some time installing Windows and taking it for a spin. If you’ve used Boot Camp before, there aren’t many surprises. But there are still things you need to know if you intend to buy a MacBook to run Windows.