Meet the tech entrepreneur who beat the robocallers: Best of the Web 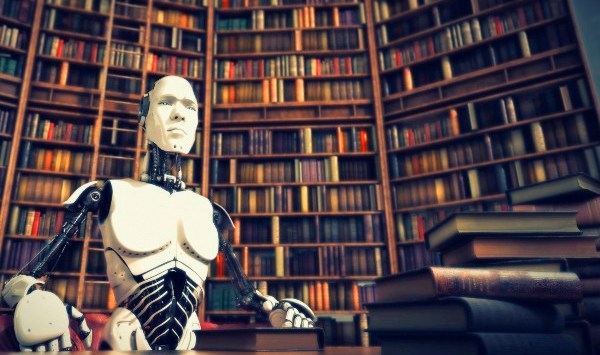 When it comes to telemarketing practices, perhaps the most infuriating of them all is robocalling. This is where a machine automatically dials numbers and plays a pre-recorded message to anyone unfortunate enough to answer.

Over at Wired, Robert McMillan has the tale of a man named Aaron Foss, who built a business by finding a way to put a stop to the annoying practice:

Aaron Foss won a $25,000 cash prize from the Federal Trade Commission for figuring out how eliminate all those annoying robocalls that dial into your phone from a world of sleazy marketers.

Over the past 40 years, video games have become a common fixture in Australian homes. These days, most modern systems rely on disks and downloads for software. However, before the mid ‘90s, video game systems by companies such as Atari, Sega and Nintendo relied on plastic cartridges.

But despite the prevalence of such systems, few people know how about the businesses responsible for those cartridge systems.

Over at FastCompany, Ben Edwards presents the untold story:

Consider the humble video game cartridge. It’s a small, durable plastic box that imparts the most immediate, user-friendly software experience ever created. Just plug it in, and you’re playing a game in seconds.

If you’ve ever used one, you have two men to thank: Wallace Kirschner and Lawrence Haskel, who invented the game cartridge 40 years ago while working at an obscure company and rebounding from a business failure. Once the pair’s programmable system had been streamlined and turned into a commercial product—the Channel F console—by a team at pioneering electronics company Fairchild, it changed the fundamental business model of home video games forever. By injecting flexibility into a new technology, it paved the way for massive industry growth and the birth of a new creative medium.

The tech entrepreneur who says coding is not like literacy

Over recent months, there has been a debate raging about whether, in the digital age, coding should be considered as fundamental a workplace skill as literacy and numeracy.

In recent times, some have argued that in this day and age, teaching kids how to write computer programs is as important as literacy or numeracy. It’s an argument that doesn’t wash with former Microsoft engineer and tech entrepreneur Chris Granger:

When we say that coding is the new literacy, we’re arguing that wielding a pencil and paper is the old one. Coding, like writing, is a mechanical act. All we’ve done is upgrade the storage medium. Writing if statements and for loops is straightforward to teach people, but it doesn’t make them any more capable. Just like writing, we have to know how to solidify our thoughts and get them out of our head. In the case of programming though, if we manage to do that in a certain way, a computer can do more than just store them. It can compute with them.

It’s been six months now since Google first unveiled its Android Wear platform for wearable devices. Ars Technica  takes a look at how the platform has progressed since it was first released:

Android Wear 5.0 came out last month—it was the third noteworthy update to the wearable OS, following versions 4.4W.1 and 4.4W.2. It’s not a significant enough update to merit its own standalone review, but it’s been a while since our last check-in with the platform. Plus, the launch of the Apple Watch is just a few months away at most.

So armed with a new watch and new software, we spent a full month wearing Android Wear to get a sense of how far it’s come since its original release a little over six months ago. While not all of our initial complaints have been addressed, not by a long shot, there are definitely signs of progress.

Over at TechDirt, Mike Masnick says releasing content to the public domain is less straight forward than many think: