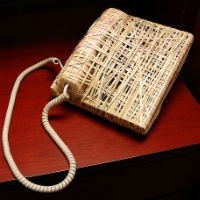 A Melbourne-based startup is looking to reduce the time and money businesses spend on customer support.

Elevio, which launched last year, is a tab users can imbed onto their website – allowing customers to live chat with staff, provide feedback and solve their own queries.

Co-founder Chris Duell told StartupSmart he hopes the software will help reduce both the time and money it takes for his clients to solve customer queries.

“It’s a widget you pop on your site and it will ideally take care of all your customer support for you,” he says.

“When a user gets stuck or they don’t know something they don’t have to go looking for that help.”

Duell says the widget is a much more useful, interactive and modern experience in comparison to a static FAQ page.

“When people have to go looking for help, they’re already starting to get frustrated and leave the page they’re on,” he says.

“The risk of them leaving is already high enough and we’re trying to combat that.”

At the moment, Elevio is targeting small to medium sized enterprises – as these businesses might not have the time or resources to answer customer queries in the same way a larger company can. The idea is to give a website visitor the tools and knowledge to answer their own questions, thereby reducing the time a staff member or business owner has to spend on the phone or answering emails.

“Small businesses may not have the people behind the scenes to actually follow through with the phone call or support the ticket, so we can step in there,” Duell says.

“Or when you get to the medium-sized sites – the ones getting a lot of visitors and traffic – they’re going to have a lot of questions, which results in a lot of time spent answering those questions. We’re hopefully going to save them a lot of time and money in support costs.”

The next stage for the startup, apart from continuing to listen to client feedback, will be to market the software so that small to medium-sized businesses are aware of their software. Duell describes this issue as “the million-dollar question”.

“It’s going to be a learning curve for us,” he says.