Microsoft launches smartphone for $97 outright ahead of Windows 10 event 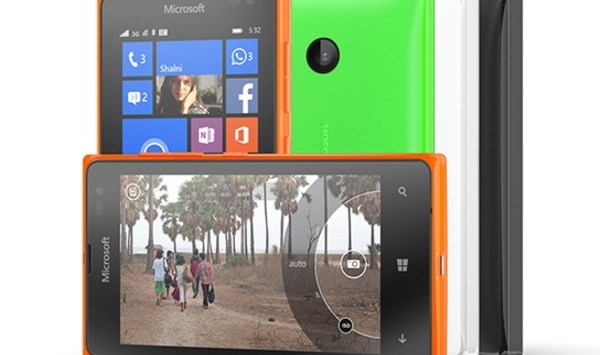 Microsoft has launched its first smartphone that costs less than $100 outright, ahead of a Windows 10-related event later this week.

The first of its 4xx series of devices, the Lumia 435 is on sale in Europe for EUR 69 ($97.01) outright, although a local release and price has not yet been announced.

The phone runs Windows Phone 8.1 with Lumia Denim and is powered by a 1.2 GHz Snapdragon dual-core processor, 1GB of RAM and 8GB of onboard storage, expandable via microSD. It also includes a 4-inch 800×480 pixel display

Many of the specifications for the phone compare favourably with the iPhone 4, which included a 3.5-inch display, an a 800 MHz single core Apple A4 processor manufactured by Samsung, no microSD slot and no removable battery.

Alongside the Lumia 435, Microsoft is also releasing an update to its previous low-end smartphone (the Lumia 530) dubbed the Lumia 532. The 532 includes a quad-core 1.2GHz processor, a 4-inch display, 5 megapixel main camera, 0.3-megapixel front camera and runs Windows Phone 8.1 with Lumia Denim.

The new smartphones have been released as Microsoft prepares to unveil new details about its upcoming Windows 10 operating system event at its headquarters in Redmond, Washington on January 21.