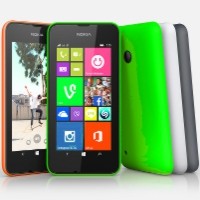 Microsoft has launched its quad-core Lumia 530 smartphone in Australia, with the device getting a local price tag of $149 outright, as the battle for the low-end smartphone market heats up locally.

It is also the second low-end Microsoft smartphone to launch in the Australia during recent months, following the release of the Lumia 635 for $279 in early July, with that device supporting 4G.

Unlike its Android rivals, Microsoft’s Lumia 530 runs Windows Phone 8.1 with the Lumia Cyan update and is built around a 1.2GHz quad-core Qualcomm Snapdragon 200 processor, but uses HSPA+/3.5G rather than 4G.

The device also includes a 4.0-inch FWVGA  LCD display, a 5-megapixel camera, and a 1430mAh battery Microsoft claims has a talk time of “up to 13 hours”.

In a statement, Microsoft says the new device should be available through retailers from September 1, and will also be available as $129 prepaid bundle.