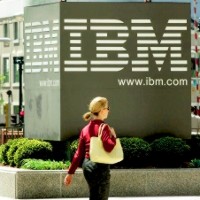 Key IBM packages to become available on Azure as part of the deal include WebSphere Liberty, MQ, and DB2 with pay-per-use pricing, while Windows Server and SQL Server will be offered on IBM Cloud.

For hybrid cloud deployments, IBM will expand support of its software running on Windows Server Hyper-V, and will make IBM Pure Application Service available on Azure.

“Clients will now gain unprecedented access to IBM’s leading middleware and will have an even greater level of choice over the tools that they use,” IBM Software and Cloud Solutions Group senior vice president Robert LeBlanc said.

The latest partnership comes just days after Microsoft announced a range of new features for Azure and confirmed Australia will soon receive two Azure datacentres during a conference in San Francisco.