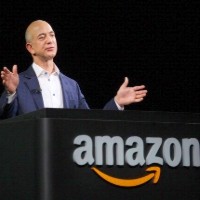 Australian businesses and developers distributing mobile apps through the Amazon Appstore will now be able to reach customers in 41 additional countries, including Singapore, Indonesia, the Palestinian Territories and Turkey.

However, Amazon said in a statement not all apps will be available in all countries due to local regulations.

Subject to meeting local regulations, any Australian app selected to be sold in “all countries and regions where Amazon sells apps” will now be available in the additional markets.

Aside from being used on Amazon’s Fire Phone smartphone and Kindle Fire tablets, the Amazon Appstore will also be used as the default app store for smartphones running BlackBerry 10.3, which is compatible with Android apps.

Likewise, because Amazon stocks Android apps, the Appstore and its apps can be used on most Android devices, although in most cases users will need to set their device to run in developer mode first.

According to the online retail giant, the Amazon Appstore is now available in to 236 countries and territories in total.