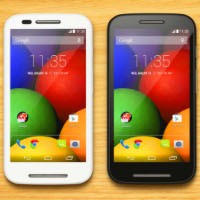 Motorola has announced an Australian release for its Moto E and 4G Moto G smartphones, with the Moto E getting a local price tag of $179 outright.

The company also announced a price cut to the original Moto G to just $249, while the upgraded 4G Moto G has an asking price of $299 outright.

It was announced in the US last month with a local price tag of $US129, with the Moto G retailing in the US for $US219, meaning Australians are paying an “Australia Tax” on the devices.

The wait for the low-end devices was far shorter than for their flagship counterpart, the Moto X, which finally saw a local release in May after an announcement in the US during August of last year.

Motorola is currently in the process of being sold by its former owner, Google, to Chinese consumer electronics maker Lenovo in January for $US2.91 billion.