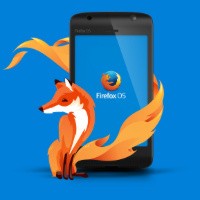 Mozilla has announced a major push into the Asia-Pacific region for its low-cost Firefox OS smartphone platform, while reiterating its commitment to smart TVs and a ChromeCast-style streaming device.

The platform’s footprint is also expanding into developed markets, with an announcement Telefónica will begin distributing the devices in Germany and ZTE launching in France.

Mozilla is also continuing development work on its smart TV project with Panasonic, which it originally announced at the Mobile World Congress earlier this year.

In total, the company claims its smartphones are now available through five major operators in 15 countries, although Australia continues to miss out.

Meanwhile, Mozilla has also revealed a company called aBitCool is partnering to manufacture its forthcoming Chromecast-style HDMI stick, which it claims will be released “later this year”.