Mozilla working on a Firefox-powered clone of Google Chromecast 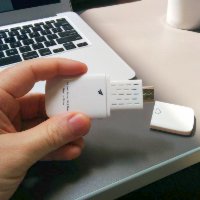 A senior Mozilla employee has revealed the web giant is working on a “TV casting prototype device” running Firefox OS. In a tweet, Mozilla principal developer evangelist Christian Heilmann showed off the prototype device, which works in a similar fashion to Google’s ChromeCast:

Heilmann then responded to early press reports, saying that the device was a “prototype” rather than a “leak”:

@Caspy7 it is not a leak but a prototype. Mozilla works in the open. Official things you hear about on day one.

But later, Heilmann denied Mozilla did “secret projects” at all:

I work at Mozilla because there are no secret projects and you can take our code and be creative with it. We do open source, not hardware.