MWC 2015: SMEs should focus on video more than virtual reality – the big tech trends about to impact your business 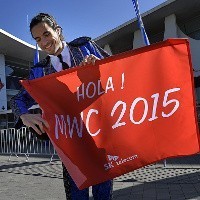 Small businesses should start thinking about including more video in their apps, but new technologies such as virtual reality are still a few years off. These are among the key lessons from the 2015 Mobile World Congress, according to a leading app developer.

The MWC is arguably the largest annual event in the telecommunications industry, bringing together carriers with mobile phone makers, equipment makers and app developers in a bevy of new tech products.

Already at this year’s show, Samsung has announced its latest flagship Galaxy S smartphone, HTC is set to make consumer virtual reality a reality, Microsoft is launching low-cost phablets and Sony is updating its flagship tablet to look more like a Surface.

Overnight, there have been a string of additional announcements, with BlackBerry unveiling a new all-touch 4G smartphone called the BlackBerry Leap, which is aimed at younger executives.

Also, Mark Zuckerberg has made headlines by assuring telecommunications carriers in emerging markets that Facebook is not chasing after their business with its Internet.org initiative.

Meanwhile, network equipment makers Ericsson and Huawei are demonstrating next-generation 5G communications technologies, while Nokia is repositioning itself with new mobile analytics products after selling its devices arm to Microsoft.

So how will it all affect your business? SmartCompany spoke to one of Australia’s leading mobile app developers, Klyp mobile lead Tyson Bradford, to find out what trends you need to prepare for.

Is Samsung firing back against Apple?

Bradford says he is impressed with Samsung’s latest flagship handsets, the Galaxy S6 and S6 edge, and says they’re as much about integrating with Google’s Material Design look and feel as copying the iPhone 6.

“I think despite what they’ve claimed in the past, they’ve taken notes from Apple’s latest devices. So you can see the similarity between an iPhone 6 and the Galaxy S6 in things like the rounded edges. They’re nearly identical,” Bradford says.

“What Samsung is doing also is focusing on its hardware design fitting in around Google’s Material Design. With Material Design, Google has updated the look and feel of Android just like Apple did with iOS 7.”

On the Zuckerberg attack on Google’s Project Loon, Bradford says that Zuckerberg is essentially right in that internet delivered wirelessly from balloons and drones doesn’t make a lot of sense outside of remote areas.

“Both Google’s Project Loon and Facebook’s Internet.org are trying to deliver internet access to remote locations. Things like balloons and drones are an option in remote locations where you can’t get a fixed fibre optic connection.”

When it comes to the rollout of 5G networks, small businesses should be thinking about how they can potentially integrate more video content into their apps, Bradford says.

“With an upgraded network it means is a quicker ability to access information, especially in places that are away from WiFi. It means better communications channels for things like video,” he says.

“In the past, one of the things holding app developers from using more video has been the limits of older 3G phones. We could see developers and small businesses more comfortable in including video streams and high-intensity data streams in apps.”

Finally, Bradford says that while virtual reality and augmented reality products are now hitting the marketplace, their full impact in business is likely to be a few years off.

“At the moment, it’s early days for virtual reality technology. They require a great deal of computation power to work. You still really need a full-blown desktop CPU to get the best experience,” he says.

“However, as the computing power in our smartphones starts matching that in our computers, we will begin to see a lot more integration between smartphone apps and virtual reality.”