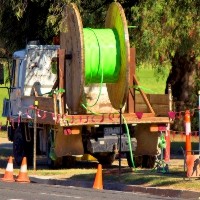 Small businesses located in five major Hobart CBD buildings have been forced to wait up to a year for NBN connections, due to problems with wiring up multi-dwelling units (MDUs).

According to peak Tasmanian internet lobby group TASICT, some of the businesses have waited up to a year for connections, with the copper network in parts of Hobart switching off on December 21.

Affected businesses include around 20 tenants in the City Mill Building on Morrison Street, 10 tenancies in ‘Westella’ on Elizabeth Street, Ionata Digital, and tenants of two other Hobart CBD buildings.

TASICT cites the example of a business called Modulo Software, which first applied for the NBN in August 2013 but had its connection delayed for six months because NBN Co was not yet ready for the registration of MDUs.

Following the delay, the Modulo Software was told its offices in the Westella building could be connected from February 18 of this year, with its application due to be completed on June 16. However, on the day, Modulo Software chief executive Graham Legg was notified the premises were not serviceable.

“These businesses are operating with no certainty about their ability to access an NBN service. In some cases, federal regulations mean they’re not even allowed to establish a new ADSL connection while they wait,” TASICT executive officer Dean Winter says in a statement.