NBN under scrutiny after MyRepublic cofounder calls it ‘shit’ 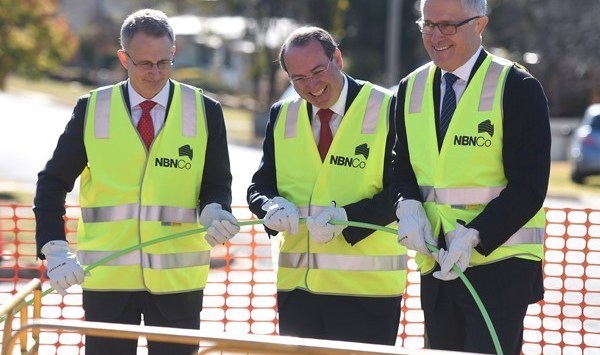 Singaporean-based telecommunications company MyRepublic has fired a shot at the federal government’s National Broadband Network, labelling it as “shit”, in comments labelled as “unfortunate” by an NBN spokesperson.

MyRepublic co-founder Malcolm Rodrigueswas speaking to Fairfax about the speed of the NBN ahead of his company’s launch in the Australian market next year.

“On fibre-to-the-node, we’ll market 100Mbps and when people come over we’ll say ‘sorry, thank your government [because] you’re on a shit network and the most you can get is 20-30Mbps, but we will continue to lobby your government to turn it into a fibre-to-the-home one and as soon as you get there we’ll get you a free upgrade to fibre,” Rodrigues told Fairfax.

Rodrigues also claimed the Australian government has “completely stuffed it” when it comes to broadband policy.

NBN public affairs manager Tony Brown told SmartCompany this morning that the comments were ill-informed, especially as the NBN is still in the final stages ahead of its own launch in September.

“It really is unfortunate to condemn a network that hasn’t launched yet,” Brown says.

“(The speeds are) far stronger than we envisioned, very good speeds and distances, and the vast majority of subscribers well above 30Mbps per second,” he says.

Brown also says it is a matter of public record that most NBN subscribers, about 80%, are choosing 25Mbps or below, with only a smaller percentage requiring faster speeds.

He also says the network is capable of delivering higher speeds later down the track if demand increases, which is something that has happened in other parts of the world.

However, Telsyte managing director Foad Fadaghi told SmartCompany this morning the issue is less about the comments made by Rodrigues and more about whether his approach stacks up.

“The real issues is whether or not a firebrand approach to delivering telecommunications in this country will work or not,” Fadaghi says.

“Ultimately the challenge is any provider that is looking to play in the Australian market ultimately has to deal with the government or NBN.”

Fadaghi believes the comments are unlikely to be a good move for a new player in the Australia market.

“It’s anything but a good start (for MyRepublic),” he says.

“From a business point of view, every ISP will ultimately have to buy some of its service from NBN, there’s no way a provider could simply survive on its own network.

“It’s not a great start to operating in the market to turn the government in power offside; it’s hardly a good business decision.