Netflix Australia launch could be imminent 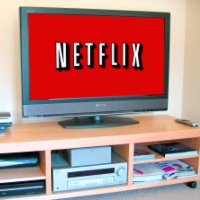 Australians rejoice: Netflix is rethinking its avoidance of Australia, according to media reports, and could launch here as soon as next year.

Initially concerned about poor internet infrastructure, Netflix could be considering delivering content outside its traditional offerings – including through internet-connected gaming consoles and set-top boxes.

Entering the Australian market – alongside France and Germany – would cap off a good year for Netflix, which has seen its shares rise 260% since the start of the year. Netflix now has more than 40 million subscribers, and has more US subscribers than popular cable channel HBO. But is Netflix the next bubble stock, or is there a good reason for this optimism?

Stock market investing is driven by feeding frenzies. They appear to have some rationality around them, but like some television programs and web sites they are sticky and delicious kinds of candy.

Here are the facts that propel this giddiness:

At the end of the millennium Netflix provided a new model for getting rental DVDs in the US: consumers booked them online and, like Amazon and books and other products back then, they were delivered to their door within 24 hours.

This model expanded rapidly when Netflix rolled out a monthly subscription system for more unlimited rentals rather than a single fee per DVD. This blend provided something of a cable/pay television feel to the subscription, giving subscribers a greater sense of control in their viewing choices.

The business model reached its zenith in about 2003 when Netflix began online streaming of its catalogue of hundred of thousands of movies and television programs. It kept its DVD rental and delivery system in place but gradually built online streaming to represent by far the largest base of its subscribers.

On its own, this backstory is interesting; but what makes it sweeter is that Netflix continues to successfully migrate to new intersections in the relationship between entertainment and online culture.

It has managed the limitations that streaming movies online might have. Instead of placing limits on numbers of hours of screening, Netflix moved to a model of unlimited screenings per subscription which once again made the subscriber feel they had unfettered access to an enormous video library and archive.

Its growth interestingly intersected well with the expansion of broadband and DSL access in its home country so that the bandwidth necessary for screening was never significantly challenged in the market.

Netflix has worked very hard at connecting to devices associated with televisions that would allow online streaming to be easy for a family, and permit movies to be seen on the biggest screen in the house: via Wii, Playstation, and Xbox, Netflix migrated to be as close to the set as the DVD player had formerly come.