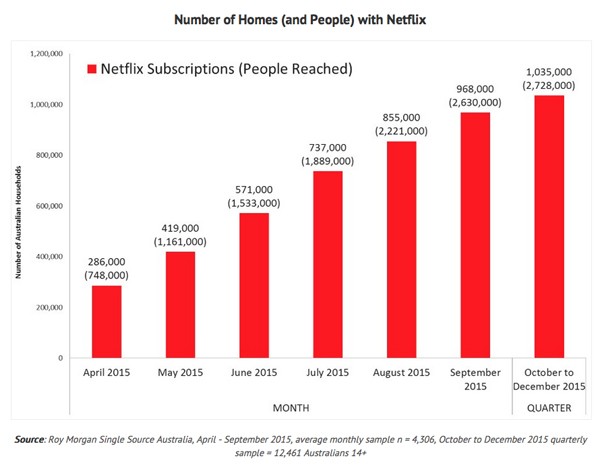 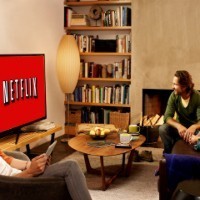 It is not even a year since Netflix launched in Australia and more than 2.7 million of us are subscribed.

Research released this week by Roy Morgan Australia shows that between April and September 2015, the US streaming giant increased its Australian subscribers by 30% each month and by the end of the year, 2.728 million Australians were signed up to the platform.

The growth slowed In the three months leading up to Christmas, but Roy Morgan says 13.9% of the Australian population aged 14 years and older is subscribed to Netflix. This equates to more than 1 million Australian households.

Tim Martin, general Manager of Roy Morgan Research, said in a statement the majority of signups have come from tech-savvy professionals and engaged social network users.

“Netflix has clearly enjoyed remarkable growth during its inaugural year in Australia, however the recent slowdown in net monthly increases indicates there it will take longer to become truly mainstream,” he said.

“It could take a while longer for the idea of subscription video to gain a foothold among older tech explorers, technology traditionalists and technophobes”.

According to Roy Morgan, young couples are the most likely to have a Netflix subscription, followed by young singles and young families.