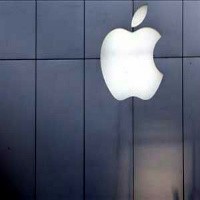 Apple’s plans for a major announcement regarding its mapping services at its recent Worldwide Developer Conference (WWDC) was spiked as a result of poor project management, according to reports.

In March, Apple rumours website 9to5 Mac reported the acquisition of a number of mapping startups, including BroadMap, Embark, and HopStop, had enhanced the reliability of Apple’s databases.

Off the back of these upgrades, the company was preparing a range of new features including public transport directions and the introduction of augmented reality maps.

However, according to a report in TechCrunch, plans for a major mapping upgrade were torn up as a result of management problems at the tech giant.

According to two insiders quoted in the report, “planning, project management and internal politics” were all major issues.

“Many developers left the company, no map improvements planned for iOS 8 release were finished in time. Mostly it was failure of project managers and engineering project managers, tasks were very badly planned, developers had to switch multiple times from project to project,” said the source.

The news comes as Re/Code reports Apple is set to overlook Steve Dowling and Nat Kerris and could look at external candidates in its search for a new head of public relations.