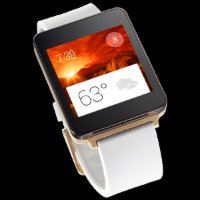 LG Electronics has revealed new details about its forthcoming LG G Watch smartwatch device, which the South Korean tech giant is planning to unveil during the Google I/O developer conference.

The Korea Times quotes an “LG official” as saying the company is planning to unveil the new device at Google I/O, with the device to be sold through Google Play store from July.

“LG Electronics may unveil our first smartwatch at the upcoming Google developers’ forum on June 25 in San Francisco. The LG smartwatch means our partnership with Google is strengthening,” the official is quoted as saying.

The company plans to unveil further details about its wearables strategy during the IFA trade show in Berlin during early September.

The news follows a statement in March in which LG Electronics announced it would partner with Google for the device.

“The LG G Watch powered by Android Wear will present a low barrier to entry for developers and offer the best Google experience for users. LG engineers worked closely with Google from the initial stages of development to ensure that the LG G Watch worked perfectly with Android Wear,” said LG.

“This is LG’s fourth device developed in close collaboration with Google following the Nexus 4, Nexus 5, and the LG G Pad 8.3 Google Play Edition.”

Just days after the LG announcement, former Google subsidiary Motorola announced it is also working on an Android Wear-powered smartwatch known as the Moto 360.