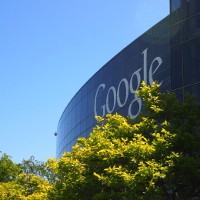 A preview of the next version of Android dubbed “Android M” and a general release of Inbox for Google users were among the key new developments aimed at businesses at the Google I/O conference.

The additional revelations were made at a session of the conference aimed at the company’s Google for Work service.

For businesses that have a Google Play/Android app, Google released a “developer preview of the next major version of Android, known as Android M. A new version of Google Play Services allows a range of new app capabilities including Chrome Cast and Android Wear support, app invites and smart lock passwords.

The tech giant revealed it has paid out $7 billion to app developers in 190 countries from 50 billion app downloads from the Google Play store.

Meanwhile, after opening Inbox up to selected early adopted companies in February, Google has now made the productivity tool available to all businesses with a Google for Work account.

The announcements came after the tech giant unveiled Android Pay, as well as a new internet of things platform and virtual reality tools in the keynote for the conference.