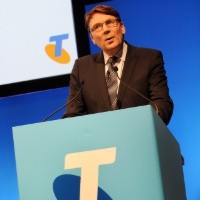 In an article in the Australian Financial Review, NTT urges the Australian telco to use its global network of data centres, which would be connected to Telstra’s own networks.

The news comes as Telstra repositions itself from being a traditional telecommunications company towards being a network applications and services (NAS) provider with a focus on south-east Asia.

In March, Cisco and Telstra announced a partnership to build the world’s largest network of cloud computing services, with the company also signing a deal to be the sole provider of NAS to Telkom Indonesia.