One in three Australians now have a Netflix account: Who will win the streaming race? 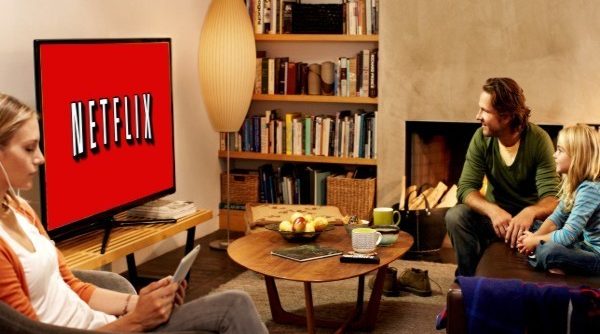 Australians are getting hungrier for streaming and video on demand services, with more than one in three Australians now having a Netflix account, according to a report published this week.

A survey of over 12,000 Australians over the age of 14 by Roy Morgan Research has revealed the number of Netflix accounts Down Under has shot up to over 7 million in the first quarter of 2017, or around 36% of those surveyed.

This represents 20% growth in the user base compared with the last quarter of 2016, where an estimated 5.8 million Australians had registered an account. Overall, Roy Morgan estimates 29% of Australian homes, or around 2.7 million, now have Netflix.

According to statistics tracking website Statista Netflix now has a total of approximately 98.75 million users worldwide.

Roy Morgan Research chief executive Michelle Levine said in a statement that although local subscriptions grew at a steady 500,000 per quarter in 2016, 2017 saw a massive spike of 1.2 million new viewers, and there are no signs of slowing.

“Roy Morgan has been measuring Netflix in Australia since its beginning in early 2015. What we have seen is a classic case of rapid technological adoption, with early adopters signing up first, professional technology mainstream following close behind, and a continuation of high growth as younger digital natives, older tech explorers, traditionalists and even technophobes begin to discover the services,” Levine said.

“Netflix reportedly plans to spend around $AU8 billion on content in 2017 alone—or more than the entire valuation of Foxtel, according to some industry markets analysts.”

Netflix entrance a “kick up the pants” for streaming in Australia

Netflix’s market entrance was a “kick up the pants” for the streaming and video on demand (VOD) industry in Australia, says senior analyst at technology research firm Telsyte, Rodney Gedda.

The streaming service officially launched in Australia in March 2015.

“Consumers typically haven’t had a lot of options when it comes to on-demand video services in Australia, and the options we have had struggled to come to market,” Gedda said.

“Netflix’s arrival was a big catalyst for media companies to offer on demand and pay per view services, which were dominated by Foxtel for a long time.”

“It’s that pent up demand and the increased availability of the delivery model which has contributed to this uptick in consumption in Australia.”

Prior to Netflix’s arrival, Australians had the local offering of Quickflix, which collapsed into administration in 2016. Gedda believes despite pre-Netflix offerings like Quickflix, Australia had “lagged behind” when it came to streaming providers, with nothing coming close to offering the “dedicated package” of Netflix.

Gedda also attributes the uptick to Australian’s viewing habits changing, with VOD services such as iView and SBS OnDemand indicating viewers don’t want their viewing habits “dictated to them”.

Additionally, the prevalence of high-speed broadband with the rollout of the NBN is likely contributing to Australian’s willingness to subscribe to services such as Netflix, says Gedda.

Non-Netflix streaming players in Australia include Stan and the recently announced Foxtel Now, which has recently relaunched after Seven West Media sold its platform Presto to Foxtel in 2016.

“[Foxtel] has the customer base, and they’ve got an audience already trained to pay for TV, so they’ll be more willing to pay for streaming,” Gedda says.

“That being said, I wonder why they chose to face so much competition before coming to market, they’re a bit behind the eight ball still.”

As the market matures, Gedda expects to see this growth continue, noting the increased use and quality of high-speed broadband and mobile data will also likely contribute.

SmartCompany contacted Netflix but did not receive a response prior to publication.