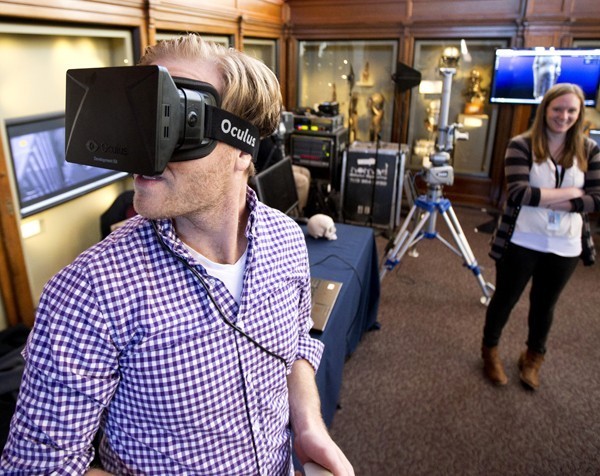 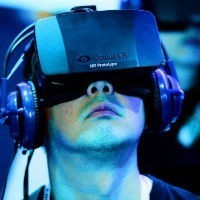 In 2015 brick is the new black with ‘pure play’ online retailers moving into the physical store.

Retailers who are responsive to change and can re-imagine the idea of a physical store using available technology are setting themselves up well for the future.

These are just some of the key messages to come out of the 2015 Online Retailers Conference and eCommerce Expo last month which are sure to keep many on their toes in the year to come.

Brick is the new black

Dr Violet Lazarevic, research consultant at Monash University’s Australian Centre for Retail Studies unit, told the conference how retailers around the world are using in-store technology and applications to help boost their business.

Lazarevic cited UK sports retailer Pro-Direct, an online retailer which recently launched a physical store, as a great example of an omni-channel retailer.

“Omni-channel is the new thing everyone is talking about in retail, but this is the only real example I know because it is like being on their website when you’re in their store.

“There are interactive walls all around you where you can touch screens but also physically feel the product in your hands to try it on and engage with it.”

“What I love about this example is that it’s a physical manifestation of their website.”

Retailers who could provide a “holistic experience” for customers by combining or joining up lots of experiences were also well placed for the future, Lazarevic says, giving the example of Urban Outfitters in the US and a cafe in London called Makers Cafe.

“It’s not just about buying clothes (at Urban Outfitters), it’s also you can go to a hair salon, you can go to a cafe. There’s even a photography shop where you can get prints printed,” she says.

“What I really loved about this (Makers Cafe) in particular example is that you can have a coffee while watching your own 3D printed mug being made with you that you can take home with you.”

Far from being the distant future, 3D printing, augmented and virtual reality are becoming a reality for retailers who are increasingly helping customers visualise experiences in-store.

Lazarevic gave an example of a French supermarket which used virtual reality technology to “bring to life” what was in customers’ shopping trolleys as they walked in front of an in-store screen.

“They show you with the screen what animal your products came from while you’re in the supermarket,” she says.

“It’s about creating a little excitement, a little bit of retail theatre. It shows this supermarket cares where it’s products come from, and increases the trust in this retailer.”

Another important trend Lazarevic sees is in the disruption of retailers’ production and supply chains.

“It’s increasingly important for retailers and service organisations to own their supply chain and have control over it,” she says.

She gives the example of a retailer which was able to take a customer’s ear measurements and 3D print headphones in-store to match the shape of their ear.

While not everyone is able to afford such expensive in-store technology, Lazarevic says she is seeing lower cost examples in some cases.

“But my feeling is everyone is doing it or has started to do it, so retailers really need to think about ‘if I’m not going to do that, how can I influence the experience’,” she says.

Bonobos founder and executive chairman, Andy Dunn, shared a number of insights about the US online men’s fashion retailer he started in 2007, including its first foray into bricks-and-mortar ‘Guideshops’.

Small shops with one-on-one customer service, the Guideshops help customers decide what they want but do not stock Bonobos items.

Dunn described Bonobos’ first Guideshop experiment as a revelation: “They don’t need to walk out with the product.”

“If you think about the word ‘store’ the very definition of the word is a noun that’s a play on a verb, to store inventory,” he says.

“And that’s when we said what if we could redesign a store and make it like the Apple Genius bar, make it one-on-one interactions, incredible customer service, put into the interaction great customer service and take out of it this idea that it’s a good thing to walk out with bags of clothes.”

He encouraged retailers to value intellectual honesty and make “new decisions in light of data”.

“The more experiments you run the more you can learn. Choose something new.”

Mark Dougan ,managing director of Frost & Sullivan’s ANZ offices, presented the findings of a survey of Australian Retailers Association members to the conference.

He says offering customers a positive experience was key given the biggest challenge outlined by retailers in the survey was attracting and retaining customers.

According to Dougan, the four main elements of multi-channel customer experience management for retailers are convenience, consistency, recognition and personalisation.

“It’s (got to be ) very convenient for customers doing business with you. Your website is designed to minimise the number of actions a customer has to take, they can shop whenever they want, wherever they want.”

He said consistency is really around ensuring pricing and service is the same for customers “whatever channel they use”, while recognition is the hardest element to get right.

“Customers want to be recognised, they don’t want to have to repeat data or reintroduce themselves every time they interact in a different channel,” he says.

“This is why organisations like Amazon really leading the way; offering personalised, targeted messages to individual customers based on a clear and comprehensive understanding of that customer.”

“Welcome to the digital age. To me an experience isn’t just real until it’s been digitised. That is our lives,” he says.

According to Baker, the transition to mobile continues to be a big challenge for online retailers and digital savvy customers were highlighting the role of “digital Darwinism”.

“Mobile has cried wolf until now, I think in last 18 to 26 months we’ve now seen this come together as primary engagement tool,” he says.

“For many companies now there are customers who are now evolving faster than we are… they’re the ones who are trying things out at light speed and we’re playing catch-up with digital and social.”

The new battle ground is not around transaction but evaluation and interaction, Baker says.

“Reaching the customer at the moments that matter is the most vital thing that everybody needs to do, it’s the Holy Grail of what you’re trying to do,” he says.

He says in the face of such challenges Red Balloon rallies around three key things – personalisation, socialisation and mobilisation.

“We believe those three things are the fundamentals to how we are shifting.”