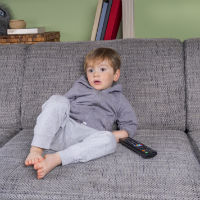 Coca-Cola will amend a recent Fanta ad that featured young animated characters drinking the soft drink, after the Advertising Standards Board ruled the ad was directed primarily at children.

The ad featured six characters riding rollercoasters and landing in pools of bubbles while talking about the drink being “full of fun”, “an awesome ride” and being “a bubble explosion”.

Coca-Cola South Pacific’s Fanta ‘Tastes Like’ television commercial and its related fruit slam app were the subject of three complaints to the advertising watchdog earlier this year.

In its latest determination, the ASB upheld a complaint that the ad was targeting children under 12.

The complaints, from the Obesity Policy Coalition, said the themes, visuals and language in the ad were a marketing communication directed primarily to children and therefore the ad was in breach of Coca-Cola’s own standards and its other commitments to stop marketing to children.

Coca-Cola initially responded by saying it didn’t place the ad on any program where the intended audience was children, the drink is targeted at 15-17 year olds and the animated children in the ad were meant to represent 17-year-olds.

But while the ASB dismissed a complaint that the company broke the rules on its website, it did find the contents of the ad would be appealing to children.

The Fanta ‘Tastes Like’ TVC and fruit slam app are no longer in use in Australia, but the ruling means the soft drink ad can no longer be used in future marketing campaigns.

In a statement provided to SmartCompany, Coca-Cola South Pacific said it has taken the ASB’s decision on board and will make “positive adjustments” to the campaign.

“We have a long-standing policy not to direct any marketing activity from any source to children under the age of 12, and have rigorously worked to ensure we meet this commitment,” Coca-Cola said.

“The basis of the upheld complaints related to theme, visuals and language used in the campaign, which provides us with valuable feedback.”

“The ASB decision also highlighted that we did not place the advertisement in any TV programs that were directly targeted at children.”

Michelle Gamble, chief executive of Marketing Angels, told SmartCompany it is possible the campaign was an innocent mistake on behalf of Coca-Cola, with animation a popular marketing strategy that could easily backfire if companies were not careful.

“[Metro Melbourne public transport safety campaign] Dumb Ways To Die is a great example of how animation can go viral… a lot of advertisers are chasing things that go viral,” Gamble says.

But Gamble says as a brand already in the spotlight regarding obesity, Coca-Cola needs to tread more carefully when it came to “sticking to its own standards”.

“Do it voluntarily or be dragged kicking and screaming, there is such a huge momentum against sugar and sugary products,” she says.

Gamble says children from the age of five love some of the themes in the ad, such as music, dance beach and sport, and it was hard to see how the company had looked past this.

“It’s extreme naivety if they think these things don’t appeal to children under 12,” she says.

Gamble says the lessons for small businesses include being aware if there was potential for your product to do harm, and doing your research.

“It makes sense to test it amongst current customers or peers and get their honest opinion before taking it to market,” she says.

“Be careful of creative methods that you use and the content of the ads.”