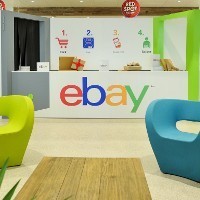 EBay Australia will soon allow their consumers to pick up their purchases from Woolworths and Big W stores, with the news raising concerns from some independent supermarkets and licensed post offices.

It comes at a time when interest is growing in ‘click and collect’ services, with David Jones’ launching its service in August of last year. Meanwhile, growing losses in Australia Post’s letter delivery service were recently blamed for a 56% fall in the organisation’s profits, with pressure mounting on licensed post offices.

The Woolworths-eBay partnership will initially be rolled out across 90 Woolworths and BIG W stores across Sydney and Tasmania.

The service will offer deliveries from major eBay sellers including Your Home Depot, No Frills, Surf Stitch, Mytopia, Futu Online and Golfbox. It will then expand to include 250 sellers within two months.

In a statement, eBay merchant development director Hamish Moline said the deal will give entrepreneurs and small businesses the chance to boost their reach and introduce an additional revenue stream.

“The online retail industry is growing faster than ever. Last year, Australians spent $16.4 billion in this sector alone. As it continues to expand, the traditional retail model is evolving and the lines between online and offline blurring. Consumers now expect a more bespoke experience that meets their needs,” Moline says.

“People need to understand that parcel storage and management is not something you can do without labour,” Cramp says.

“When you go into a Woolworths, you see rows of checkouts with only three staff and even there they want you to do it yourself these days.”

“Just imagine you spent $200 buying something on eBay. There is a lot of trust that the parcel will be properly secured and the customers trust that it will be delivered correctly.

“Now, just imagine a 16-year-old checkout chick in charge of all that… That won’t be a great mix in the long term.”

“This last mile delivery needs to be an area where Australia Post needs to really stand up and become the expert in delivery,” she says.

“It’s another way of bringing the customers into their stores. Now I’m not sure it’s what consumers want – we’ll have to wait and see what the market says,” De Bruin says.

“Business is about competition and innovation, and for Woolworths, this is one of those ideas that could increase foot traffic to their stores. Some in the independent sector would say this will just further increase their dominance.”

“We as Australians need to be very careful that we aren’t helping market dominance while lessening competition, because that will hurt consumers in the long run,” he says.

“Woolworths is Australia’s largest domestic retailer and we know our customers are busier than ever and are looking for greater convenience and ease in everything they do. This new service will help them make best use of their time by removing the need to wait at home for a parcel to arrive,” Amos said.

For its part, a spokesperson from Coles told SmartCompany in a statement Coles was the first online retailer in the world to offer consumers smart lockers, with the retailer piloting its first smart lockers at Windsor in VIC during 2012.

“Coles has 100+ Click & Collect collection points nationally. Customers can collect at stores, where they receive a valet-style service with their order delivered to the boot of their car, and at refrigerated smart lockers which are located at Coles Express service stations,” the spokesperson says.

“Over half of the population in Australia are within a 10 minute drive of a Coles Online collection point. We have plans to grow this to over 90%, giving many more customers the option for convenient pick up close to home.”

“We are currently working with other Wesfarmers businesses about putting Coles Online smart lockers at their stores, which will bring even more convenience to our customers.”