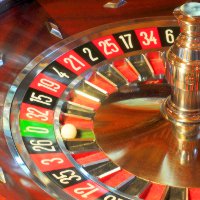 Regulations prohibiting gambling on social media in Australia are being increasingly challenged by the popularity of casino apps for iPhones and Androids, as well as loopholes exploited by offerings on Facebook.

The ban on social media gambling was legislated in 2001, through the Interactive Gambling Act and reaffirmed through a departmental reviewed released in 2013. The act made it illegal for Australian companies to offer real-money online wagering.

But new poker and slot apps available on mobile devices are not considered gambling because they don’t allow players to directly wager or win real cash.

Much like other social games including Candy Crush, Words with Friends or Angry Birds, these games increase their reach via the user’s own social networks, as they constantly ask the player to invite their contacts to play.

When signing in, players are asked to accept Terms and Conditions that allow for this form of promotion. The sign-in page of the slots app House of Fun, for example, says: “This app may post on your behalf, including your high scores, games you played and more”.

Even though there is no conclusive evidence that social casino apps lead to gambling addiction, they do aid in the cultural normalisation of gambling.

DoubleDown Casino, Slotomania, Zynga Poker, Betting Billionaire and MyVegas are but a few of a myriad of gambling-like apps on Facebook that are becoming increasingly popular. Slotomania was the most downloaded app on the iTunes Store in 2012.

But there is still a mammoth discrepancy in terms of revenue: social gambling generates $2 billion per month, while online gambling produces $36 billion.

Chumba World was developed in Australia, and uses a sweepstakes model to circumvent US regulations on online gambling. Virtual Gaming Worlds

Although in the strictest sense it is not yet possible to gamble through these apps, some developers are finding ways to monetise gambling-like play. Virtual Gaming Worlds, a start-up based in Perth that operates the largely popular Facebook app Chumba Casino, bases its business model on sweepstakes.