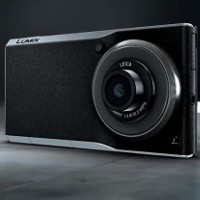 We’ve all got pretty used to the idea of whipping out our smartphone to take a happy snap or selfie, but what about when we really want to capture that special moment in all its visual glory?

The new Panasonic LUMIX DMC-CM1 flips the smartphone/camera equation in such a way that what you’re really getting is a very advanced digital camera that you can also use to make calls and pretty much all the other stuff you normally do on a smartphone.

So what exactly does the LUMIX DMC-CM1, which has just been launched in the US market, offer digital camera buffs and would you bother buying one based on its performance as a smartphone alone?

The Panasonic LUMIX DMC-CM1 will ship with Android 4.4 KitKat, though an update to 5.0 Lollipop will be available. The high-end image quality comes courtesy of a 20MP 1-inch Sensor / LEICA DC Elmarit Lens/Venus Engine FHD. It has a Manual Ring / “Ready to Shoot” camera switch / 4.7-inch Full-HD Touch LCD.

Storage is 16GB and memory is 2GB, with up to 128GB additional with an optional microSDXC card. It has Bluetooth capability, NFC, Wireless and GPS.

Over at Android Community, the consensus is the high-priced hybrid well and truly brings the goods as a camera even if its smartphone factor is a little lacklustre.

Well, what exactly does it bring to the table? A lot, actually. You get a 1-inch 20MP digital sensor – the largest sensor you’ll ever see on a smartphone to date, with a Leica lens – a 28mm f/2.8 Leica DC Elmarit lens to be exact. This means you get the best possible resolution a 20MP sensor can ever give. Add to that, you get all manual controls for focus, aperture, shutter speed, ISO and white balance – just like a DSLR would give you. Matter of fact, this baby will give some DSLR’s a run for their money.

Jon Fingas at Engadget says the device’s high-price tag of about $US1000 ($1292) will deter most consumers, but for those who take their photography seriously, this might just be the smartphone you pack when portability, versatility and quality are all required:

There’s a good reason for the giant price tag, mind you. While the phone half is no great shakes between its 4.7-inch 1080p screen, Android 4.4 KitKat and a Snapdragon 801 chip, you’re also getting a big 1-inch, 20-megapixel imaging sensor with a bright, high-quality f/2.8 lens. If you already treat your smartphone as a camera that just happens to make calls, this might be your handset of choice.

The reviewer at SlashGear, meanwhile, was impressed by the design of the hybrid device:

Whether you decide to buy one of these devices is almost entirely dependent on your desire for a smartphone with high-end camera capability. For the especially keen amateur photographer this might still be seen as an extravagance, but for professionals undertaking photography on a daily basis this might be the type of device that comes in very handy, even with the attached price tag.