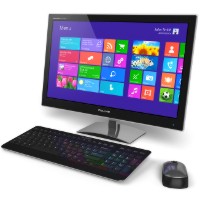 After two solid years of declines, the global PC market appears as though it might have finally bottomed out, according to figures released by Gartner yesterday.

This is a slight increase of 0.1% from the same quarter last year, when 75.7 million units were shipped.

The news will lead to a sigh of relief from the PC industry, which chalked up eight consecutive quarters of year-on-year shipment declines during the first quarter of this year.

Microsoft ending support for Windows XP on April 8 might have been a contributing factor in users choosing to upgrade their PCs.