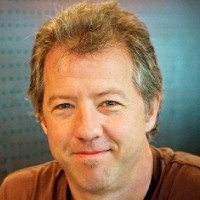 One of Australia’s first startup incubators Pollenizer is shifting its focus from helping individuals create startups, to assisting big corporates like Optus spin out their own startups.

Pollenizer co-founder and chief executive officer Phil Morle says the most valuable asset is what it called its “startup science”, its knowledge of how to build and support startups.

With more and more big corporates becoming interested in disrupting themselves, rather than waiting to be disrupted by others, Pollenizer is now focusing on offering them the know-how required to do just that.

“Startups are still the heart of what we do,” Morle says.

“We’re not putting suits on and going into Singtel and drawing things onto the whiteboard, we’re bringing the essence of what startups do to those sorts of companies.

“Turning employees to entrepreneurs and helping companies that are exceptionally good at scaling things that are known, create and scale the unknown.”

Pollenizer is helping Optus run a new innovation program which will see the company run a competition where 200 of its employees from around the world will compete to create their own startup. The best team will then spend three months with Pollenizer where they will attempt to create a successful business.

Morle says it’s a “commercial agreement” with Singtel, and Pollenizer will have the opportunity to invest in the startup during the incubation process. The employees will retain ownership of the startup and Singtel will ultimately decide whether to invest.

“We do look for and have the opportunity to invest in the businesses incubated out of the program, that’s very important to us because we are very entrepreneurially minded.”

In addition to targeting big corporates, Pollenizer is also casting its eye to opportunities in south-east Asia. The company is currently active in Myanmar, the Philippines and Singapore.

It has partnered with Kickstart Ventures in the Philippines, and has designed a program called ideabox in Myanmar in conjunction with international telecommunications company ooredoo.

Morle says Myanmar is a good example of the size of the opportunity that’s becoming available in developing economies in the region. Thanks to increased access to the mobile internet, the nation is moving from less than 1% of its population having access to the web, to over 80% in the not-too-distant future.

“We’re excited by the pace of change and the opportunity that’s there to make internet companies for populations of 10s of millions of people.”

And it’s for this reason that Morle sees other Australian incubators and accelerators looking to the region as a potential source of growth.

“There’s a vast market for us all to join,” he says. “We’re already (in Asia) as a nation of entrepreneurs, and that’s only going to get more robust over the next few years.”