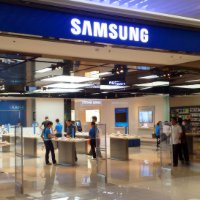 Samsung Electronics is reportedly redesigning its next flagship smartphone, the Galaxy S6, from scratch, as it enters into talks over wearable healthcare with tech giants SAP and Microsoft.

The report also claims the company is aiming to create a “unique and different” device with its next major flagship rather than an incremental upgrade on its current flagship, the Galaxy S5.

The news comes as the Korea Times reports Samsung has entered secret talks with SAP about integrating SAP’s “Care Circles”, a big data analytics tool based on SAP’s HANA platform, into its future wearable devices.

Samsung is also in similar talks with Microsoft, an interesting choice of potential partner given the ongoing litigation between the two companies, as it hopes to build an ecosystem of services and devices in healthcare.

Samsung reportedly hopes to generate 10 trillion won ($A10.6 billion) in revenue from its healthcare by 2020.