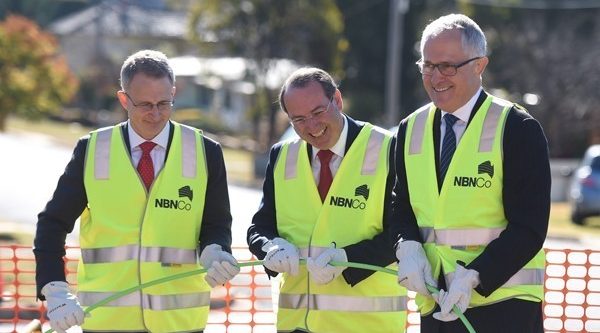 A scathing parliamentary report into the National Broadband Network (NBN) has called for sweeping changes to the project amid concerns poor and rural areas will be left behind by the current plan.

The joint federal inquiry’s 210-page report, released on Friday, says the remainder of the fixed line network should be completed as fibre-to-the-curb (FTTC) “at a minimum” and recommends an independent audit into NBN Co’s financial projections and business case.

The government-owned telco would be “asked to produce a costed plan and timetable under which that would be achieved” under the first of 23 recommendations.

The committee said the Coalition’s multi-technology plan – which wound back Labor’s original fibre-to-the-premise proposal – meant Australians living in poorer or more remote areas could be left behind by a “digital divide”.

“While NBN has outlined the framework they are working from to be able to deliver an upgrade as the market demands it, this ‘user pays’ approach runs the risk of creating a digital divide in which low socioeconomic areas with poor NBN are not upgraded because the demand and matching revenue will not meet the NBN upgrade model,” the report said.

“As it stands, Australia will not be provided with a fast, affordable, ubiquitous, and fair broadband network.”

The report was released on Friday before the AFL and NRL grand finals, prompting one advocacy group, Internet Australia, to claim it had been released quietly in the finest traditions of “putting out the trash”.

The report also calls for the Telecommunications Industry Ombudsman to be given more powers to handle customer complaints and for the creation of a reference group to support the rollout in regional and remote communities.

“The committee is particularly concerned at the length of time taken to resolve some complaints and get NBN services working properly, especially where this delay has a monetary impact on small businesses or presents a health and safety risk for households,” the report said.

The Labor and crossbench-stacked committee’s recommendations were not accepted by the minority cohort of government MPs.

Ms Ley conceded there had been issues but said Labor’s solution was simply to increase regulation and spending on the project.

“Rolling out the next-generation NBN to all Australians as quickly as possible is a priority for the Coalition government,” her report said.

“But national objectives must always be tempered by economic reality, and tested by thorough public scrutiny.”

The report is the culmination of eight months of public hearings and submissions into the project’s rollout.

During the hearings, the committee heard from Central Coast artist Kenneth Knight, who said he had been left without internet between early November and late December last year, costing him $60,000 to $70,000 in business over Christmas.

Amid concern rural and regional areas would miss out on future upgrades, the committee said those customers were already among the “least satisfied and most frustrated with their NBN experience”.

And this is why governments shouldn’t get involved in what aught to be relegated to the private sector. They simply don’t know how to value add.

But they are excellent at wasting other peoples money.

I don’t share the view with the committee’s chair, in fact I believe the findings to be completely fanciful and not sure how it can be deemed acceptable.

I’d say more like 50% will miss out. Living 20Km’s from the centre of Sydney in a reasonably affluent suburb I receive download rates at times during the day of less than 1Mb / second.

Here is a direct quote from NBN.

Hi Team,
As discussed with …, this FTTN service has been identified as being delivered to an NBN Co-Existence site. As per WBA if there is Co-existence customer will get 12/1 Mbps Speed as per our system which is the Optimum Speed EndUser getting.
Due to the presence of legacy copper services (ie: co-existence) at the site and due to the subsequent potential for interference to occur, speeds have been limited by NBNCo to ensure service stability.

As such, and until the ‘Co-Existence’ period is deemed to be over by NBNCo, your service will continue have a guaranteed minimum layer 2 bit rate of 12/1 Mbps. Please note that this not a guarantee of the layer 3 throughput your service is capable of achieving.

Our business has transformed since going to the NBN from receiving over 100Mbps to less than 12Mbps. The limitations / restrictions in speed make it impossible to upload and download at the same time. This equates to a total loss of productivity which has seen in my case my work hours increase by a minimum of 15mins / day. Over the course of the year this will equate to an extra 5 days per year of being at work. Sadly this has not been a great experience with little chance of improvement.

The NBN is a disaster, from and economic and technical perspective, foist on the Australian public due to a temper spat by Mr Rudd. He disliked the three amigos at Telstra and contrived all means of hurt for them until now we have this disaster. We are pulling out Telstra Fibre to install the NBN. Technically we are a joke in the international telecoms world. Fiscally we victims of a curse on the Australian public cast by the ever loving and caring Mr Rudd.

Nonsense . . the disaster is ENTIRELY the fault of the LNP . .