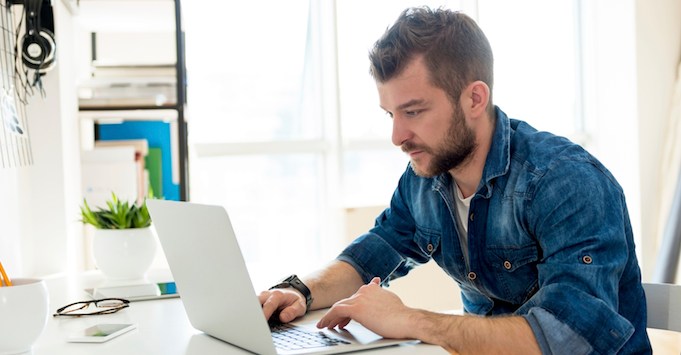 People are open to receiving financial advice from robots, our studies show, but there might be a way to go to in convincing people to trust them over a human.

We surveyed 138 people about their attitudes to, and preferences for, superannuation advice from a human or a computer. Unsurprisingly, most stated they would prefer to deal with a human across a broad range of financial decisions.

Some did prefer the computer — these tended to be younger people, and those on higher incomes. In a follow-up study we tested whether this would change after people actually used the technology.

We did this by exposing 101 people to an online calculator, in which they learned how increasing their superannuation contributions would change their income in retirement. We compared these to another 101 people in a control group who simply read some general information about retirement income.

A little over half of our sample indicated that they would trust robo-advice. Those who got advice from the online calculator showed a small, but statistically significant, increase in trust towards robo-advice. However, most still stated they preferred human advice, and were slightly less willing to pay for automated advice after trying out the calculator.

The openness of younger people is encouraging, as they tend to be the most disengaged from their superannuation, but also have the most to gain from getting it right (as the benefits will build up for longer).

How the robots could help

Digital technology has quietly revolutionised the world of banking and financial services. Automatic teller machines (ATMs) were an early example of a computer replacing a human worker. Interestingly banks responded to this increasing productivity by employing more people.

Financial advice is the latest frontier for automation, with a number of “robo-advisors” beginning to interact with customers. Even though we face a growing number of financial decisions, most Australians currently don’t get formal financial advice. Cost is a significant barrier to this.

Like many digital products, robo-advisors are costly to design and build, but once up and running they can serve large numbers of people. These bots could extend low-cost and dependable advice to those who currently miss out.

Robo-advice is currently a small part of the financial services market, but it is forecast to grow rapidly. In the US, firms such as Betterment and Wealthfront have begun to disrupt the wealth management industry. In Australia robo-advice products are being developed both by startups and industry incumbents.

But financial advice is about more than numbers. While technology can easily handle the maths, people may also need the human touch. They may want emotional support and motivation, rather than just the cold hard facts, to get them to confidently engage with these difficult and important decisions. Trust requires good design.

Digital technology might also prove useful in getting people more engaged with their financial decisions. Most Australians pay remarkably little attention to their superannuation, even though it makes up a significant portion of our overall wealth (second only to the family home).

Robo-advice could help people learn, and try out different scenarios, without the worry of appearing ignorant to a person. Unfortunately, our experiment found little evidence for this — overall levels of motivation, and perceptions of autonomy and competence were unchanged.

So for those of us who don’t pay enough attention to our financial decision-making, the robots are here to help.