Samsung expected to confirm profit downgrade, as it rolls out mobile payments in China and clean energy storage in the US 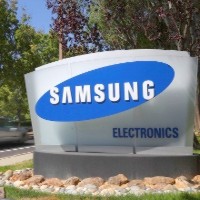 Samsung is this week expected to confirm a dramatic fall in September profits, as the tech giant rolls out its mobile payments platform across China and an energy storage system in the US.

According to the Korea Herald, analystsexpect Samsung Electronics to announce a September quarter profit 4.98 trillion won ($A5.365 billion), less than half the 10.16 trillion won profit for the same quarter last year.

It comes after operating income fell around 24% year-on-year in the June quarter to 7.2 trillion won, its third straight quarterly drop for the company, which was followed by the restructure of a number of affiliated companies.

The losses are likely to overshadow the launch of its NFC-based mobile payments platform in China, which The Korea Times reports is being run in conjunction with Chinese interbank payments authority UnionPay.

The deal, the first between a handset maker and UnionPay, will allow the South Korean tech giant to tap into the Chinese mobile payments market, and comes as rival Apple rolls out its Apple Pay system in the US.

Meanwhile, group affiliate Samsung SDI has signed the largest ever energy storage system deal in North America. The deal will see the company supply a 25 megawatt hour lithium-ion battery array to US clean teach company Green Charge Networks over the next two years.