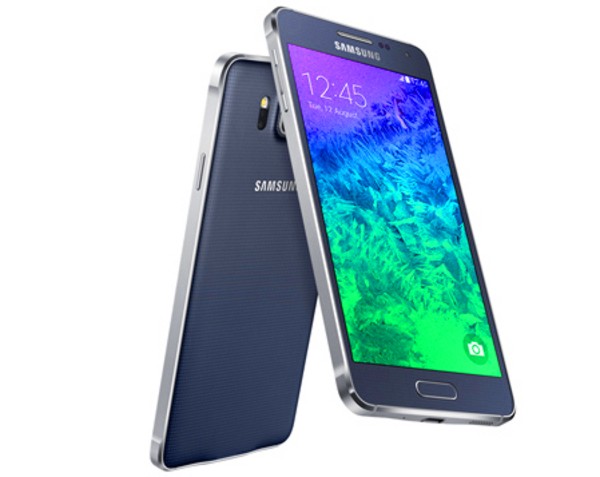 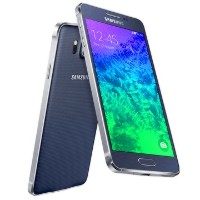 Alongside these, the South Korean electronics giant also unveiled a new smartphone called the Galaxy Alpha, which looks suspiciously like the Apple iPhone 5, featuring a metal band around the outside.

So is this device an iPhone killer or merely a (not-so) cheap imitation? It’s time to find out.

Aside from the processor, most of the specifications are lower than Samsung’s flagship Galaxy S5. For example, the Galaxy S5 has a 16-megapixel camera, a 5.1-inch display and a 2800 mAh battery.

Despite its obvious physical similarities to iPhone, Samsung officially describes the device as having a “fresh approach to design”.

An almost universal comment is the degree to which Samsung was “inspired” by the design of the Apple iPhone 5 in its latest design. As Gizmodo’s Darren Orf explains:

Aluminium frame, chamfered edges, a thin chassis, rounded 90-degree corners with tiny breaks for the antennas. Sound familiar? Many have charged Samsung with deliberately trying to copy the Apple iPhone’s design, and the Alpha looks more like an iPhone than ever. But crucially, it looks like an iPhone 5, not the new iPhone 6. Did Samsung skate to where the puck was instead of where it was going to be?

But it’s hard for me to complain about who plagiarised who when I’m actually holding the thing. Combining its thin design and re-imagined trim, this is the most comfortable Samsung smartphone I’ve ever held. For one, it’s incredibly light. Compared to the iPhone 5, which actually received complaints for how light it was, the Galaxy Alpha is only 3 grams heavier at 115grams, yet it comes with a larger 4.7-inch screen. It’s like Samsung took a rolling pin to the iPhone 5′s chassis. For me, the size is a perfect fit: my thumb’s able to reach all corners of the screen one-handed.

This phone’s smaller screen and high-end specs have been met with a wimpier battery, specced at 1860 mAh compared to the S5’s 2800 mAh. As a result, the Galaxy Alpha didn’t hold up nearly as well in our standard phone battery test, in which we set brightness to 200 nits (roughly about 70 percent on the Alpha’s brightness dial) and let the device load endless webpages over Wi-Fi while periodically syncing a Google account in the background.

Android Police’s Adam Whitwam notes the screen doesn’t quite match up to either the Galaxy S5, or for that matter Motorola’s recently released flagship, the Moto X:

As you are probably aware, the Galaxy Alpha has a 4.7-inch Super AMOLED display. That’ll make a lot of people quite happy, as this is widely regarded as a great size for one-handed use. It’s the same size as the last generation Moto X, and about 0.4-inches smaller in diagonal than the Galaxy S5. This, combined with the light weight and slim 6.7mm thick frame, makes the Alpha extremely comfortable to use.

As for the resolution, you’re going to take a step down from the flagship GS5. The Galaxy Alpha is rocking a 720p Super AMOLED, which is less than ideal. But what about the Moto X? That phone was the same size with a 720p AMOLED and it looked fine. The difference is in the sub-pixels. Motorola went out of its way to use a 720p AMOLED with a full RGB matrix, but like Samsung’s other devices, this screen uses PenTile.

What’s even weirder is that while the Alpha doesn’t come with any waterproofing or water-resistance of any kind, iFixit did a teardown of the phone and discovered that it comes with many of the gaskets and other internal parts necessary for keeping water out. In other words, Samsung didn’t finish what it started.

It’s [camera is] not very good in low-light situations, but this is nothing new for Samsung phones — the company’s struggled with this for a long time, and ISOCELL is designed to make it better. Sadly, there’s been no improvement here from the GS5; on the contrary, it’s a bit worse. Even when my night shots turned out (I say “when” since quite a few were hopelessly dark), they were noisy, lacking in sharpness and not worth sharing with friends or family. I’m not saying it’s impossible to get a solid low-light shot, but it’s not as easy as it should be. (Click here for a gallery of all my sample shots.)

For anyone who specifically wants an Android or Samsung smartphone that physically looks and feels like an iPhone, this is it.

That being said, anyone who wants a smartphone that looks and feels like it came from Apple probably already has an iPhone.

Likewise, on most key indicators, it doesn’t quite stack up to Android flagships such as Motorola’s Moto X, or even Samsung’s own Galaxy S5.