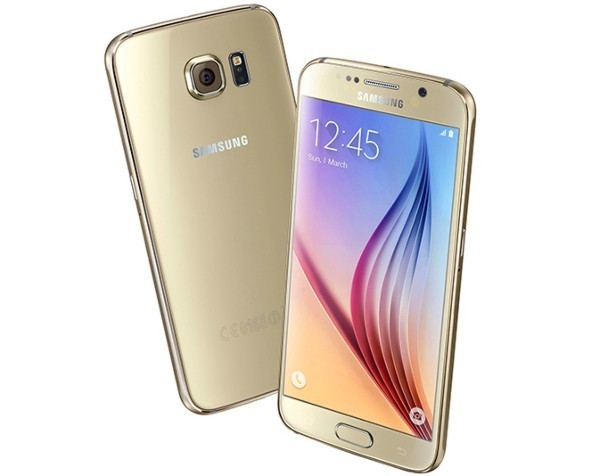 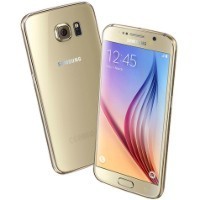 This week, Samsung unveiled its latest flagship smartphones, the Galaxy S6 and S6 edge, at the Mobile World Congress in Barcelona.

Much of the speculation about the new devices has proven true, including that Microsoft apps will come preinstalled on the devices, with Samsung even confirming it used the codename “Project Zero” for its development. The S6 has an ultra-thin bezel around the edge of the screen, while the S6 edge has its screen curve over the edge on both sides of the device.

The S6 and S6 edge move towards an iPhone-like metal and glass design that introduces wireless charging but foregoes having a removable battery. In an unusual twist, IKEA is set to produce furniture that includes embedded wireless chargers for the devices. There is also an optional virtual reality headset for both devices.

However, as I’ve discussed previously, the devices come at a time when Samsung has been struggling on a number of fronts, both against other Android smartphone makers and Apple, as the industry reaches maturity. The hospitalisation of 72-year-old Samsung Group chairman Kun-hee Lee hasn’t helped. As I said last year:

This means the battle between Apple and Samsung becomes a genuine zero-sum game, where market share gains come by poaching the competitor’s customers, rather than a race to convince the most featurephone owners to upgrade (as it has been up to now).

In this new competitive environment, will the Galaxy S6 and S6 edge see the company remain the world’s largest maker of mobile phones? Or is it destined to fail, as Nokia, Motorola and BlackBerry did in years gone by? It’s time to find out.

Both the Galaxy S6 and S6 edge are Android 5.0 Lollipop smartphones, powered by a 64-bit octacore (four 2.1 GHz and four 1.5 GHz cores) processor.

Both also include a 16-megapixel main camera with optical image stabilisation and a 5-megapixel front camera.

The Galaxy S6 features a 2550mAh battery while S6 edge’s is slightly larger at 2600mAh, with both significantly larger than the 1810mAh iPhone 6 battery.

However, compared to their predecessor, the Galaxy S5, several key features are missing. These include a waterproof shell, removable battery and microSD card.

On Forbes, Gordon Kelly certainly left little ambiguity about what he feels about Samsung’s latest offering:

Touchdown! The next generation of Android’s biggest selling smartphone is here and with it comes a sexy new stable mate: the Galaxy S6 Edge.

After months of leaks and endless speculation about what the differences between the two models will entail, it is time to separate fact from fiction.

With that introduction out of the way, Kelly ran through some of the key highlights of the device. These included Samsung creating a leaner version of its TouchWiz user interface, announcing a mobile payments platform called Samsung Pay, and swapping out some of its own apps for Microsoft’s:

Credit to Samsung: having addressed build quality concerns, it has also focused on cutting out ongoing problem 32: the bloat and inefficiency of TouchWiz.

I’ll need time with both phones to verify whether Samsung’s speed claims (40% faster) bear out, but what is great to see is TouchWiz so stripped down. Just S Voice and S Health will be installed by default alongside Facebook, WhatsApp, Skype and Microsoft One Note and OneDrive. There is still the Galaxy Apps store, but Samsung does run exclusives here which are popular.

Having dealt with what isn’t here, what also deserves attention is the system-wide integration of fingerprint security. Samsung’s new pay service, aptly titled ‘Samsung Pay’ will get the main nods, but only time will tell if it can match up to Apple Pay or Google’s own impending revamp of Wallet.

Over at the BBC, Leo Kelion couldn’t help but notice how often Samsung was comparing its latest flagship to a certain other tech company, even during its launch event:

And it doesn’t bend.

That’s the takeaway from Samsung’s latest Unpacked event where it unveiled the next Galaxy phone, the S6.

Sleek and powerful, certainly – but it was a fairly bitter presentation. The firm took more than a few snipes at Apple, rather than leaving it to reviewers and users to draw their own conclusions about the Galaxy’s many innovations.

The Guardian’s Samuel Gibbs noted Samsung has gone for a higher resolution screen than ever, but that other features are missing when compared to last year:

Curved or not, the Galaxy S6 has one of the most pixel-dense screens available. The 5.1in screen has a quad HD resolution with a density of 577 pixels per inch (ppi), making it denser than the 432ppi Galaxy S5, 401ppi Apple iPhone 6 Plus– and 43 more pixels per inch than the 534ppi 5.5in LG G3.

The denser the screen the sharper the image, up to a point. Whether users will be able to see the difference is unknown, although quad HD is quickly becoming the new standard for smartphone and tablet screens.

To achieve that thickness and premium design, the S6 has lost a few features. A microSD card for adding additional storage, waterproofing and a removable battery are all missing, which was a cornerstone of Samsung’s previous Android smartphones.

At PC Advisor, Ashleigh Allsopp praises the device’s battery life, but notes the new smartphone is missing a key storage option: it has no microSD slot.

In terms of storage, you might be surprised to find that there’s no microSD card slot in the Samsung Galaxy S6. The company has decided to take a leaf from Apple’s book, but a leaf that is likely to disappoint many of its fans.

Instead, you’ll need to decide on the storage space you’ll need when you buy the S6. Samsung seems to have been smarter with its starting space than Apple, opting for 32GB instead of the small 16GB of the iPhone 6’s starting model, and then also offering 64GB and 128GB models.When it comes to connectivity, you’ll find 802.11ac WiFi, Bluetooth 4.1, NFC, LTE and an IR Remote.

Samsung representatives were keen on highlighting the S6’s battery life. The company claims that just 10 minutes of charging time will give you four hours of battery life, and there’s optional wireless charging available too.

Finally, over at Ars Technica, Lee Hutchinson observes that many loyal Samsung users are less than enamoured with the company getting rid of key features from the latest model, such as a removable battery, microSD card and waterproofing:

But the new Galaxy flagship is missing a pair of features that have in the past proved pretty popular with Android’s more technical users: the S6 has no removable battery and no MicroSD card slot.

Depending on how you use your smartphone, these changes might not register with you at all—in fact, considering that a certain fruit-related smartphone manufacturer has never included them in its devices and yet commands significant market share, it’s clear that a removable battery and a MicroSD card slot aren’t features demanded by a majority of buyers. On the other hand, while cheap Android handsets rule the low-end purely for reasons of price, high-quality Android handsets tend to be sought out by those with a more technical bent who want more features out of their devices. And it’s that set of users that appears to be most let down by Samsung’s change.

If you’ve been after a Samsung smartphone that looks like an iPhone 6 and has an iPhone-like metal shell, or want to have the latest and greatest products from the South Korean tech giant, then this is the device for you.

With that being said, at this point, I think most people have selected a smartphone platform of choice. If you’re a loyal customer of Apple, Microsoft, or BlackBerry, there is quite possibly little Samsung could do to persuade you to buy the Galaxy S6.

Likewise, there will be many loyal Samsung users who actually like having replicable batteries, devices that don’t scratch or shatter like glass, or microSd cards. And if that’s you, it might be worth taking a look at some other Android options.