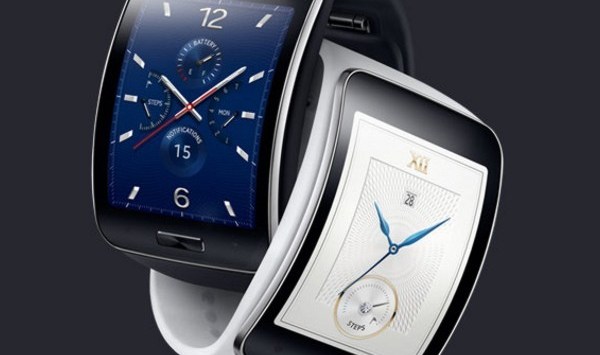 Of the gadgets currently flooding the market ahead of Christmas, one of the hottest categories at the moment is the smartwatch.

Ahead of the Apple Watch, due early next year, a number of major consumer electronics firms including LG, Motorola and Sony have all pushed their devices on to the market.

One of the more ambitious efforts is Samsung’s Gear S, which attempts to cram a whole mobile phone into a wristwatch. Unlike other smartwatches, it doesn’t need to be tethered to a smartphone in order to make calls or send messages.

So is there a market for a watch phone? Or is Samsung too ambitious for its own good? It’s time to find out.

The Gear S is a smartphone that runs Samsung’s own Tizen platform, rather than Android Wear like many other devices on the market.

It features a 2-inch curved AMOLED screen with a resolution of 360 by 480 pixels, and is powered by a 1GHz dual-core processor and a 300mAh Li-ion battery.

It includes Samsung’s S Health platform, along with a range of sensors including an accelerometer, gyroscope, compass, heart rate, ambient light, UV and barometer.

The key feature of the device is that it acts as a standalone 3G mobile phone.

Over at Engadget, Nicole Lee is getting a little fatigue at the pace Samsung is releasing new smartwatches:

Samsung’s wearables strategy seems to be: “Throw everything at a wall and see what sticks.” In a little over 12 months, the electronics giant has launched six — yes, six — different smartwatches, each with its own unique personality. The latest is the Samsung Gear S, and its particular claim to fame might be the most ambitious yet: It’s the first Gear watch that lets you make and receive calls from your wrist, no phone required. Yep, the Gear S actually has a 3G modem inside it, along with Wi-Fi, Bluetooth and GPS radios.

When I say that the Samsung Gear S is like a phone for your wrist, I don’t mean just functionally — it looks like it too. Sure, most smartwatches tend to be bulky anyway, but the Gear S takes it to another level. With a 2-inch curved AMOLED screen framed by metal sides, the Gear S looks like someone took a shrink ray to a Galaxy S5, bent it and wedged it into a plastic strap. The result is a monstrosity of glass and steel that looks, frankly, pretty ridiculous when strapped to my dainty wrist. The thick housing, chunky metal clasp and rubbery strap material do nothing to elevate the watch’s style quotient either — the design here is decidedly more geek than chic.

At TechRadar, Marc Chacksfield loved the screen, but noted the device had a few limitations:

The screen used on the Gear S is a thing of beauty. It’s a two-inch curved AMOLED display that has more than enough real estate for a smartwatch. The bigger screen does mean that Samsung’s software partners can be a little more inventive with their apps.

We tried out one which was an RSS reader. We read news articles (complete with images) from a number of sites on the watch and there wasn’t much squinting to see the words.

All of this should add up to a battery drain. Samsung does believe this isn’t the case, however. I asked about battery and was quoted at least two days’ charge. This really must depend on how much time you spend with the GPS on, though.

When it comes to the actual phone functionality on the watch, it didn’t particularly standout. You can dial anyone from your contacts list and speak to them through the watch and you can also text them. This part will get easier with partnerships but trying to text on the device was very fiddly. Samsung’s default keyboard looked tiny on the screen.

While the Gear S can be used without being constantly tethered, the catch is that it still needs a Samsung smartphone to set up. As Jared Newman explains at PC World, this defeats the purpose of a watch phone:

The Gear S isn’t a fully independent device, either. You need a Samsung phone to set up and install new apps (including several apps that are pre-loaded on the watch itself), and there’s no built-in GPS for turn-by-turn directions. Also some watch apps, such as Samsung’s own Milk Music, won’t work without your phone nearby. (Correction: The Gear S has GPS, but navigation wasn’t working at the time of this review. It does work now, as does Milk Music as a standalone app.)

For the untethered smartwatch to make sense—and to justify the additional monthly charge—it needs to be seamless, letting you leave your phone behind without any extra setup or drawbacks to connectivity. Samsung hasn’t quite been able to make it work.

Finally, Eric Limer at Gizmodo raised a few issues with making calls on a wristwatch-sized phone:

The problem isn’t exactly that it’s horribly or lazily designed. The curved glass is eye-catching and the style is at least consistent across the device. It doesn’t look cheap like the original Pebble. I just feel like I’m wearing a Star Trek prop, or some piece of misguided late-90s futurism that Samsung found in a buried time capsule and decided to pass off as the future. It looks out of place, constantly.

Let’s get this out of the way: Making phone calls on your wrist sucks. The Gear’s speaker isn’t very loud, so if you want to talk on the thing, you’ll have to alternate between holding it up to your ear and holding it up to your mouth. It’s obnoxious and obnoxious-looking and I don’t recommend it unless you are in danger of dying from something other than embarrassment. Also it made my arm surprisingly tired. Try holding your arm horizontally in front of your face for a minute, I’ll wait. See? I imagine it’s better if you have a Bluetooth headset, but that kind of defeats the point of the whole wrist-phone thing.

Alternatively, if you’re on the go and don’t have your phone, you can text from the Gear S. It’s got a messaging app built right in, complete with a heavily auto-correcting keyboard that I found to be aggressively right more often than it was aggressively wrong — but not without its share of insanity. I tried for “difficult” and got “gingivitis.” Slowing down helps a little, but doesn’t make things perfect. Even with the Gear S’s massive (for a watch) screen, there’s hardly any room to chicken peck precisely. At some point you’re going to get tired of trying to type “on” and getting corrected to “in” for the umpteenth time.

Especially if you forget your smartphone, being able to make a call from your watch in an emergency could be handy.

Unfortunately, as with many other new categories of devices, there is still a lot of refinement that is needed on the Gear S.

Especially given you need a smartphone to set this device up, this unfortunately isn’t a watch that can replace your smartphone.

If you’re a devoted gadget junkie or early adopter who doesn’t mind using a smartphone crammed into a watch, you might get a kick out of making a call on your wrist.

But otherwise, you’re probably better off either waiting for the Apple Watch or looking at one of the Android Gear devices currently on the market – even if you do need to tether them to a smartphone.