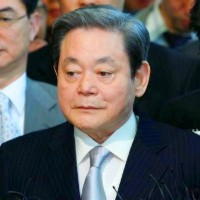 Cheil Industries, which is used by South Korea’s powerful Lee family as a de facto holding company for Samsung Group and recently changed its name from Samsung Everland, is reportedly set for a stock split ahead of its forthcoming IPO.

The company is 25.1% owned by Samsung Electronics vice chairman Jay Y Lee, while his sisters Boo-jin Lee and Seo-hyun Lee own 8.37% each, and their father, Samsung Group chairman Kun-hee Lee, owns a further 3.73%. Once circular shareholdings involving other Samsung Group-affiliated companies are taken into account, the Lee family controls around 80% of its stock.

According to a report in Korean newspaper JoongAng Ilbo, the stock split will see the number of its shares in Cheil increase from 2 million to 50 million, ahead of a possible IPO next year.

The JoongAng Ilbo is a national newspaper launched in 1965 by Samsung Group founder Byung-chul Lee, who is the father Kun-hee Lee and grandfather of Jay Y Lee, and is still seen by many as being “pro-Samsung”.

The news comes alongside a separate report, published in the Chosun Ilbo, that 72-year-old Kun-hee Lee is approaching 100 days at a Samsung-owned medical centre following a heart attack in May. Kun-hee is reportedly able to nod when spoken to but has lost the ability to speak.

The ongoing drama in one of Korea’s most powerful families comes as Samsung Electronics prepares a major product launch at Berlin’s IFA trade show next month, in response to Apple’s forthcoming iPhone 6. Yesterday, the company released a new smartphone called the Galaxy Alpha with a design strongly resembling the iPhone.

During the June quarter, Samsung’s profits dropped 24% year-on-year to 7.2 trillion won (A$7.1 billion), its worst result in two years, off the back of a 3.9% fall in its smartphone shipments.