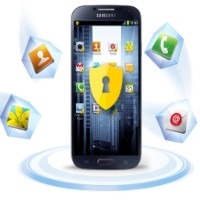 Samsung has expanded its Knox product line of mobile device management software, including a cloud-based identity and access management, along with a version aimed at small businesses.

The software provides a separate workspace container on compatible Samsung Galaxy devices that is separate to a user’s regular home screen, data and apps, called the Knox Workspace, which also adds encryption for work data.

Secure workspaces can be remotely managed through a cloud-based management service allowing enterprise IT staff to remotely wipe the contents of Knox Workspace, without affecting a user’s personal apps or data.

The software competes against products from companies including BlackBerry, Good Technologies and Microsoft, with a partnership between Apple and IBM promising to release a similar product the future.

In a post on an official blog, Samsung said aside from the existing version aimed at professionals called My Knox, the tech giant will introduce a free version of the remote management service aimed at small business, called Knox Express. For governments and larger enterprises, the company now offers a paid version called Knox Premium.