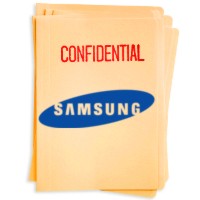 Samsung Electronics is set to develop a “two-track” strategy to its product lines, as a leaked document reveals its second quarter sales were disappointing to senior executives.

According to a report in the Korea Times, the strategy was spelled out in a leaked internal document called the 2014 Sustainability Report.

The document notes the worldwide market for smartphones exceeded 1 billion units last year, with growth estimated at 10% per annum until 2016.

The shift will also mean device specifications, such as screen resolution or processor power, will be less of a key deciding point, with software capabilities and price the key points for emerging markets.

In the document, chief financial officer Sang-hoon Lee said the consumer electronics giant’s second quarter’s earnings are “not that good”, and also that Samsung will closely monitor sales for Amazon’s Fire Phone.