Samsung merges key subsidiaries, as fears grow its profit could collapse by half 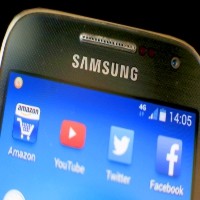 Samsung Group has announced it is merging its shipbuilding and engineering businesses in a multi-billion dollar deal amidst reports the conglomerate is heading towards another disastrous quarter.

It is the latest in a series of moves by the conglomerate after Samsung Electronics announced a fall in profits to 7.2 trillion won ($A7.6 billion) in the June quarter, which was the third consecutive drop for the company. The moves have taken on added urgency as Samsung chairman Kun-hee Lee remains in hospital following a recent stroke.

However, the worst might not be over for Samsung, with Chosun Ilbo reporting there are growing fears within the conglomerate that its current quarter results could be even worse than those for the June quarter.

“We thought that July’s sales performance was the worst, but it was even worse in August,” a Samsung executive told Chosun Ilbo. “It’s likely that operating profits will drop to a little over 5 trillion ($A5.288 billion) won in the third quarter.”

If the report is accurate, it will mean Samsung’s quarterly profits have more than halved from 10.2 trillion won ($10.789 billion) during the same quarter last year. It comes as the conglomerate prepares to make a series of major product announcements at the IFA trade show in Germany next week.