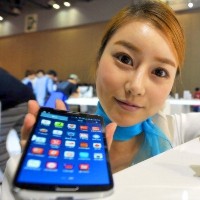 Samsung is rumoured to be preparing to launch two new versions of its Galaxy Note phablet at the IFA in Berlin on September 3 in a bid to counter Apple’s iPhone 6.

Both versions will include a 5.7-inch Quad HD display, ultraviolet sensor, heartbeat measurement and fingerprint recognition. Both will also be powered by a new version of either the Qualcomm Snapdragon 805 or Samsung Exynos processor.

Meanwhile, the head of Samsung Electronics’ mobile division, JK Shin, was the highest paid chief executive in South Korea during the first half of 2014. This was despite the company posting its worst results in two years during the second quarter, including a 24% fall in profit.

According to a report in The Korea Herald, Shin was paid a total of 11.3 billion won ($A11.8m) in total over the first six months of 2014. Aside from his regular salary of 864 million won, Shin earned 1.4 billion won in incentives and 9.1 billion won in other benefits.

However, the report notes South Korea’s richest man, hospitalised Samsung Group chairman Kun-hee Lee and his son, Jay-yong, are technically “unregistered executives” of the conglomerate. They are therefore not obligated to disclose their earnings under Korean law, meaning they could potentially be earning a higher salary than Shin.