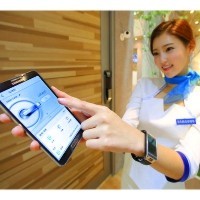 According to the Electronics Times News, the chip will switch between four high-performance ARM Cortex A57 processor cores and four low-power ARM Cortex A53 cores, depending on the task.

The chip is capable of ultra-high-definition (UHD) photo and video, as well as dual-image signal processing, meaning it can capture photos or videos out of both its front and rear camera at the same time.

The union says Banolim should join talks that are set to take place between the families of some victims and the tech giant, overseen by a three-member mediation panel led by the respected former South Korean Supreme Court justice Ji-hyung Kim.