Scott Morrison is speaking to hundreds of thousands of Aussies on LinkedIn. So where’s Albanese? 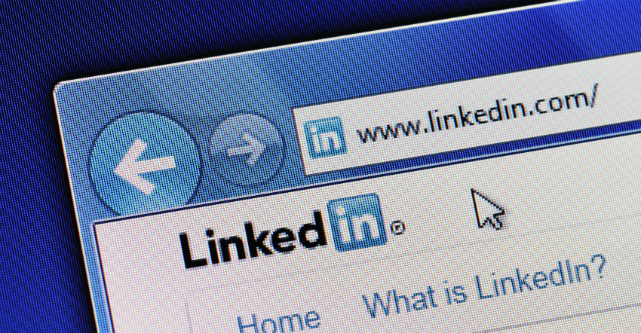 On day one of the campaign, Scott Morrison penned an article to mark the start of the official 2022 federal election campaign: “This election is a clear choice.”

The piece — nearly identical to prepared remarks he gave at a press conference that day — was published to the Prime Minister’s 620,000-odd followers on the professional social network LinkedIn.

When talking about social media and elections, platforms such as Facebook, Twitter, Instagram and TikTok get all the shine. LinkedIn, however, could play its part in influencing millions of Australians who use the Microsoft-owned platform — and on it, Morrison has a significant edge over Anthony Albanese.

LinkedIn is tight-lipped about the number of Australian users. In 2013 it celebrated 5 million; more recently a report from We Are Social and Hootsuite said that 26% of Australians aged 16 to 64 used the platform, just behind Twitter (29.5%) and in front of Reddit (22.6%). In short, it’s a huge platform that doesn’t get the attention others get.

And according to a University of Canberra report, a quarter of those users use it to get news.

Demographics aren’t public, but it’s believed LinkedIn’s demographics skew towards young professionals who use the platform primarily as a digital CV and networking platform.

In terms of functionality, LinkedIn is similar to Facebook. Users have an account, they can follow or connect with other users (following is a one-way relationship) and accounts. There’s a feed of updates from accounts and users you follow as well as some suggested by the algorithm.

Over his time as Prime Minister, Morrison has cultivated an enormous following on the platform, giving the Liberal Party of Australia a significant “LinkedIn advantage” as it blasts campaign messages several times a week to hundreds of thousands of voters.

Personal profile analytics aren’t publicly available, so there’s no way to further benchmark Morrison’s account performance. But the Liberal Party is also outperforming the Australian Labor Party’s LinkedIn page — although on a smaller scale. The Liberal page has three times as many followers as its opposition — 15,560. It’s gained about three times as many during the past year (adding 994 to Labor’s 271) and posting 104 times in the year compared with just 11 from Labor.

Although the typical LinkedIn demographic — young white-collar workers — may naturally skew towards the Liberal Party, Albanese and Labor’s limited presence cedes the ground to Morrison’s team to freely post content that’s curated for a specific audience.

During an election campaign when every eyeball is hard fought (or bought, in the case of advertising), LinkedIn — where Morrison can speak directly to voters without competition — is a digital advantage for the government.

Election 2022: What’s next for the NBN? Here’s what Labor and the Coalition are promising

Let’s take a look at the current state of the National Broadband Network, and what the major political parties have announced in the lead up to the federal election.

Election 2022: Jobs, the skills shortage, and how the Coalition and Labor plan to win your vote

SmartCompany is breaking down the key election issues facing Australia’s small business community. Today we’re looking at what the Coalition and Labor have to say about jobs and skills.